Can Americans express their opinion in the public square without fear of retaliation or censorship? 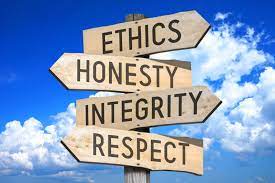 THE RIGHT OF CONSCIENCE!

The First Amendment of the U.S. Constitution states: Congress shall make no law respecting an establishment of religion, or prohibiting the free exercise thereof; or abridging the freedom of speech, or the press; or the right of the people peaceably to assemble, and to petition the government for a redress of grievances.

The framers of the Constitution understood the importance of protecting the freedom of individual conscience.  James Madison, the father of the Constitution, called man’s conscience ‘the most sacred of all property.’  Thomas Jefferson said no ‘provision in the constitution ought to be dearer to man than that which protects the rights of conscience against the government.’

Is free speech being suppressed in modern America?  Can Americans express their opinion in the public square without fear of retaliation or censorship?  If social media is considered the public square, perhaps it is.  On Friday, Elon Musk released internal documents from Twitter files that revealed the social media giant restricted the sharing of a New York Post story about Hunter Biden’s shady dealings.  Hunter is President Biden’s son. Musk said he released it to expose what he claims is the political left’s grip over Big Technology.  Three observations:

First, social media is not the public square.  Twitter, Facebook, Instagram, and others are private businesses and have the right to set up guidelines and policies on how they do business.  While it is true that 3.5 billion or 45% of the world’s population use social media to keep in contact with others, social media is still free enterprise.  Users are social media consumers and have a choice as to whether they post or not.  The platforms have a choice on what they allow.

Second, social media engages in censorship and suppression. As Musk’s release revealed, Twitter restricted the widespread distribution of information that would have been damaging to the 2020 Biden campaign.

Some conservative lawmakers have attempted to pass legislation prohibiting platforms from censoring posts based on a person’s viewpoint and users who have been censored would be able to sue a site for it.  Restricting the right of free enterprise to operate without government interference is what Republicans have traditionally stood for.

Third, actions have consequences.  As the big social media giants have ramped up their ‘thou shalt not’ philosophy with users, they have lost users and thus important advertising revenue.  Advertisers of goods/services don’t traditionally seek controversy.  Twitter advertising is down -30% vs. last year.

Last month, Elon Musk told Twitter staff the companies’ financial problems are so serious that ‘bankruptcy is not out of the question.’  Facebook revenue is down and profits are less than half than one year ago.  Protecting fellow Americans from themselves has cost Big Tech’s bottom line.

The loss of free speech in the public square has evolved because of three clear deficiencies in modern America: (1) The void of in-person interaction among people.  Courageous keyboard warriors now communicate with their friends without looking at them eyeball to eyeball.  That has resulted in comments and insults that in years past they would never say in person, but now do.  The perceived importance of interpersonal skills is at an all-time low.  (2)  Respecting a differing opinion and being humble is considered weak.  Exaggerating another’s position and attacking them personally is fashionable and celebrated.  Civility is dead. Ideological purity is demanded.  (3) The intolerance of the tolerant.  Those who demand respect for their opinion don’t respect those who disagree with them.   The problem with the first amendment is it protects the speech we hate and tolerates the speech that offends us.  Until Americans recognize others have a right to be wrong, the first amendment will be subdued.

Posted by Steve Fair is a Jelly Salesman. at 7:37 PM