MOST VOTERS HAVE LITTLE IDEA OF HOW A PRESIDENTIAL NOMINEE IS SELECTED! 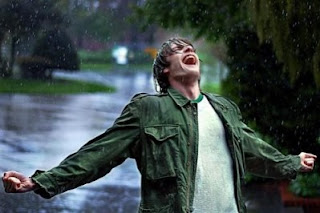 WALK IN THE RAIN!

In an op/ed in Politico last week, Jeff Greenfield addressed the Republican and Democratic Party presidential nomination process.  Greenfield writes the Trump campaign has an under-appreciated advantage in understanding the GOP nominating process vs. other potential candidates, because they have been through it before.

Most registered voters have little idea how a Party selects the nominee.   The two major Parties do not do it the same way.  Democrats require delegates to their national nominating convention be proportionally allocated in each state.  Republicans leave the decision on how delegates are selected up to each state.

Some states, including Oklahoma, hold a presidential preference primary.  In Oklahoma, if a candidate receives 50% of the vote in the primary, all the state’s delegates are pledged to that candidate.  If no candidate reaches the 50% threshold, all candidates who receive 15% or more of the vote get delegates.    Other states use a caucus or a state convention to select national delegates.

Oklahoma Republican Party rules and Oklahoma State law bind convention delegates to vote for who they are pledged to for as long as that candidate remains in the race.  Every delegate must sign an affidavit before they attend the national convention.  Three points about the process:

First, Trump does have an advantage in the nomination process.  Knowledge of how the primary system works is crucial.  Early in 2016, the Trump team was clueless about the delegate selection rules.  They even dared to claim the system was rigged- all while they were winning.  Knowing the quirky rules, by state, is fundamental to being effective in a primary campaign.  Ignorance of how the game is played is no excuse- especially for well-organized candidates.

Second, expect the RNC and some states to alter/change/amend the rules.  It happens every cycle.  A state changes their delegate selection process to a caucus system or a presidential preference primary or move up or back the date of their primary.

The RNC attempts to ‘manage’ the process to avoid a brokered convention by dictating which states can go first in the primary order.  They try to impose penalties (not sitting their delegates) on states that don’t comply.  Each state wants more influence in the nomination process.

In 2015, former RNC members presented a rotating system that would have rewarded Red states like Oklahoma, Alabama, and Utah, by allowing those states to hold their primaries first.  It would have given more conservative states a greater influence in the nominating process.  That proposal was soundly defeated.  The RNC continues to allow Iowa, New Hampshire, South Carolina, Nevada and Florida to hold early races, in spite of the fact they are not as conservative as the previously mentioned trio of states.  Don’t expect the RNC to change the primary order in 2024.

Third, Oklahoma voters cast their presidential primary vote for an unknown representative. That representative is a political activist who will represent them at the GOP national convention.  They will be legally bound to vote the way the district or state voted.  They will spend their own money and time to travel to the convention.  They will be criticized by some for sticking to their word and doing what they said they would do.  Why would anyone do that?  Because they love their Party, their state and their country?  Those fellow citizens should be applauded, not abhorred.  They should be cheered, not discouraged.  Without their dedication, devotion, and commitment, the process would be havoc and anarchy.

America was founded on the principle of the government deriving power from the consent of the governed.  Until the majority of the governed deposit sustained ownership in government, the unengaged and uninformed will show no appreciation for political activists and will detest elected officials.  Roger Miller said, “Some people walk in the rain- others just get wet.”

Posted by Steve Fair is a Jelly Salesman. at 1:57 PM