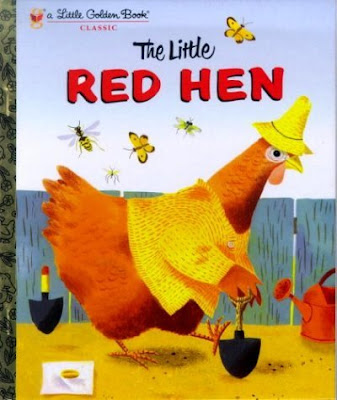 Weekly Op/Ed Piece
WIND & THE LITTLE RED HEN!
by Steve Fair
Since ancient times, people have harnessed the winds energy. Over 5,000 years ago, the ancient Egyptians used wind to sail ships on the Nile River. Later, people built windmills to grind wheat and other grains. The earliest known windmills were in Persia (Iran). These early windmills looked like large paddle wheels. Centuries later, the people of Holland improved the basic design of the windmill and became famous for its windmills. When my wife and I traveled to Holland in 1988, seeing the size and majesty of the Dutch windmills was amazing.

Early American colonists used windmills to grind wheat and corn, to pump water, and to cut wood at sawmills. As late as the 1920s, Americans used small windmills to generate electricity in rural areas without electric service. When I was a small child in West Texas, I remember going with my Dad to the fields and seeing the windmills turning. They were pumping water for the crops and stock.

If you haven’t seen the wind turbines north of Lawton—near Mt. Scott, you should drive up the hill and take a look. It’s an amazing sight. The turbines are 410 feet tall with huge blades that stretch 150 feet in length. Wind turbines require winds of 14 to 35 miles per hour in order to achieve the optimum efficiency. Each wind turbine has sensors and motors that constantly turn the turbine into the wind in order to optimize operating efficiency. More than 2,400 megawatts of wind generation – enough to serve more than 650,000 average American homes – was installed in the United States in 2005 alone.

According to T Boone, one turbine produces as much energy as 12,000 barrels of oil. OG&E says their Wind Farm near Woodward is producing over 170 megawatts of power—enough to supply 40,000 homes.

Between Los Angeles and Palm Springs, just off Interstate 10 is a huge wind farm. Located in the San Gorgonio Pass area, the farm has over 5,400 acres of wind turbines churning away. That one field alone provides enough electricity to supply 215,000 homes in southern California.

A 2005 Sanford University study said there is enough wind power in the world to satisfy global demand seven times over and that’s with only 20% of the wind power can be captured. T Boone Pickens has spent millions on media pitching “his plan.” He says, “building wind facilities in the corridor that stretches from the Texas panhandle to North Dakota could produce 20% of the electricity for the United States at a cost of $1 trillion.” “It would take another $200 billion to build the capacity to transmit that energy to cities and towns.” “That's a lot of money, but it's a one-time cost.” “And compared to the $700 billion we spend on foreign oil every year, it's a bargain.”

Next week, a two-day conference will be held at the Cox Center on wind energy. Billed as Wind Energy Transmission: Delivering Power to the People, the luncheon speaker will be none other than T Boone himself.

During the conference, Lt. Governor Jari Askins will be moderating a round table discussion on landowner rights. The session will address questions like: Can the wind above your land be considered a resource similar to the mineral resource below your land? How do you know if your land is a good wind site? What are the typical steps leading to a wind site development? What kind of “deal” can you expect from a developer? Are there any potential liability issues or other risks to consider? There will be other sessions on how wind turbines impact wildlife, and how they get the energy from point A to point B.

President elect Obama has publicly stated his support for the development of wind energy. That benefits Oklahoma, but leaders in Oklahoma better make sure Oklahoma is taken care of first. Those who produce the energy should be paying the least for the end product.
We have all read the children’s story, The Little Red Hen. You will recall the little red hen finds a grain of wheat, and asks for help from the other farmyard animals to plant it. However, no animal is willing to help her.

At each further stage (harvest, threshing, milling the wheat into flour, and baking the flour into bread), the hen again asks for help from the other animals, but again she gets no assistance. Finally, the hen has completed her task, and asks who will help her eat the bread. This time, all the previous non-participants eagerly volunteer. That’s called “speading the wealth.” However, she declines their help and eats it with her chicks, leaving none for anyone else. The moral of the story is that those who show no will to help contribute to an end product, do not deserve the end product.
Posted by Steve Fair is a Jelly Salesman. at 4:24 PM