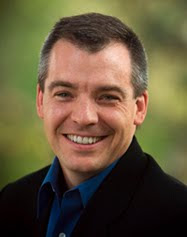 RICK GREEN RETURNING TO DUNCAN!
After missing last year because he was a candidate for Texas Supreme Court, Rick Green will return to Duncan on January 7th and 8th. Green narrowly lost the top court race in the Lone Star state in the primary run-off after finishing first in the primary.
*****
Green, a constitutional attorney and former Texas State Representative is also a speaker for Wallbuilders, an organization that takes their name from the book of Nehemiah in the bible. The founder of Wallbuilders, David Barton, is a frequent guest on the Glenn Beck program. For more information on Wallbuilders, go to http://wallbuilders.com/
*****
This year’s trip will be Rick’s sixth to Stephens County. Green normally brings his family and in fact his oldest son, Trey, got his presentation start in Duncan several years back. “Two years ago, all of my kids were on stage reciting the pre-amble to the Constitution together for the first time,” Green said. “Duncan and Stephens County hold a special place in the Green family memories.”
*****
“Our goal is to educate citizens on the faith and conviction of our founding fathers,” Green said. The event is sponsored by the Stephens County Republican Party, but this is not a Party rally or fundraiser. “This is an educational event and not partisan,” Steve Fair, Chairman, said. “We want every concerned citizen to attend, no matter their Party affiliation. I believe every American Christian should see this presentation,” Fair said
*****
This year’s event will be somewhat different from those in the past because it will focus on the U.S. Constitution. “There has been a lot of discussion, particularly within the Tea Party movement that America as a nation has strayed from the Constitution and the intent of the founding fathers who authored it. I have put together a program entitled, ‘A Citizens Guide to the Constitution’ and that is what we will be presenting this year,” Green said.
*****
The event on Friday the 7th is free, but a six hour Seminar on Saturday the 8th costs $40. Both events will be at the Stephens County Fairgrounds, which is located at 1618 S. 13th Street in Duncan. “The Saturday event runs from 9am until 3pm and includes a text that costs $20. We will have lunch available on site so attendees don’t have to leave the facility,” Fair said.
*****
“This is a unique opportunity for concerned citizens to educate themselves on our country’s founding document for a very nominal fee. Rick Green is a high energy, interesting speaker and I hope folks take advantage of this unique opportunity,” Fair concluded.
*****
Rick will also be speaking in Cleveland County(Norman/Moore area) on Thursday night January 6th- for more information on that event, contact Bobby Cleveland at bobcleveland@coxinet.net.

For information on the event in Stephens County, please contact Steve Fair at 405.990.7449 or by email at okgop@aol.com.
Posted by Steve Fair is a Jelly Salesman. at 2:41 PM