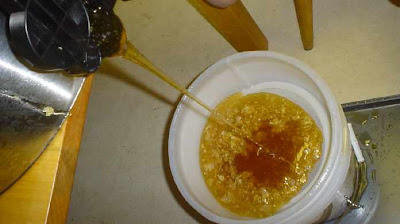 NUTHIN’ BUT HONEY?
by Steve Fair
Last week, the members of the Oklahoma Task Force on State Tax Credits and Economic Incentives meet and discussed recommendations on how to rein in ineffective and impractical tax credits. When the business tax credits were set up, they were supposed to help existing Oklahoma businesses grow and expand. Recent revelations have shown instead they cost the state millions in lost tax revenue and benefited a few individuals by reducing their tax liability. The task force listed ten recommendations including authorizing the Oklahoma State Auditor and Inspector to annually audit the programs.
*****
“We are not against business. We don’t oppose growth,” said state Rep. David Dank, R-Oklahoma City, who chairs the task force. “We believe that government policy can help create jobs. We don’t think all credits or incentives are bad. What I think most of us believe after all we have heard here is that far too many tax credits and other incentives enacted in the past were created for the wrong reasons and in the wrong way.”
*****
Dank described the transferable tax credit situation in a colorful way: “The simple truth is that a few of these tax credits are like the huckster who took a bucket of manure, covered the top with an inch of honey and sold the whole thing as a full bucket of honey. It wasn’t until the sucker got home with it that he found out what he had actually bought,” The problem is that Oklahoma taxpayers were the suckers in this situation.
*****
According to Capitolbeatok.com, State Treasurer Ken Miller, a Republican and a member of the Task Force, agreed there should be less tax credits, but took issue with the auditing recommendation. He said he was “not yet opposed to enhancing the auditor’s authority, but also not yet convinced or persuaded to grow government.” He said he was concerned whether or not proposals to increase the auditor’s role could be done with existing resources, or if more spending would be needed. Miller was reported as saying he believed the legislature should provide the ‘oversight’ on the programs. You can read the entire article at http://capitolbeatok.com/_webapp_4074992/Treasurer_Ken_Miller_takes_critical_view_of_some_reform_ideas_before_tax_credit_task_force
*****
Three observations on the transferable tax credit saga:
*****
First, it’s clear some of these tax credits benefited wealthy individuals in Oklahoma and created fewer jobs than what was promised. Who knows if the lawmakers who wrote the legislation were aware they were selling a bucket of manure with a thin honey layer? If they did, shame on them. Who knows if the legislators who voted for the credits knew the bucket was mostly manure? If they did, shame on them. But going forward, every tax credit program that reduces the amount of taxes due to the state should be subject to audit by the State Auditor and a complete report provided to the public.
*****
Second, Miller is right about Oklahoma government being too big. In fact, Oklahoma government’s annual ‘expenditures’ have grown every year the past decade- from 9.6 billion to 16.6 billion. The ‘appropriated’ budget monies-money the legislature allocates- has gone down in recent years, but the overall size of Oklahoma government has continued to grow since 2001. That growth trend needs to be stopped, but one of the ways to stop government from growing is not to scrimp on oversight.

One of the fundamental roles of state government is to make sure Oklahoma tax dollars are not misappropriated or misused. The elected official charged with that responsibility is the State Auditor. Expanding the role and responsibility of the Auditor’s office just makes sense. Miller is correct in saying the state legislature is our first safeguard against bad policy. Lawmakers should never let a bucket of manure with a layer of honey get passed and signed into law. Every bucket of proposed legislation needs to be examined to determine if the ingredients are as advertised. If that had been done, this tax credit program would have never have seen the light of day.
*****
Third, authorizing the State Auditor to insure tax credit programs are doing what they are supposed to be doing is just common sense. Granted, it will require an investment. It will require additional staff in the Auditors office and a bigger budget, but growing government? Hogwash! Auditing government programs is just good judgment and a wise investment.
Posted by Steve Fair is a Jelly Salesman. at 4:29 AM