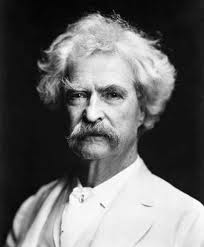 PLAN FOR THE FUTURE REQUIRES BALANCE!
by Steve Fair

Obamacare gives states an option: Either establish insurance exchanges by January 1, 2014, or the Secretary of Health and Human Services will establish one for them. An “exchange” is essentially a bureaucracy where federally-mandated health insurance may be bought and sold. Thus far only seventeen (17) states had set up an exchange and Oklahoma is not one of them.

*****
According to policy experts, state insurance exchanges are not being set up fast enough to meet the 2014 deadline. The delay could mean that Oklahoma and other state legislatures are at risk of handing over a central component of the mandated federal health care effort to the federal Department of Health and Human Services, making the federal government even more powerful than it already is.

*****
During this year’s legislative session, the Oklahoma House passed a proposal to use a $54 million federal grant to set up an exchange system, but that proposal was derailed after an outcry from conservatives. They believed that accepting the grant money was an endorsement of ObamaCare. Proponents of the proposal said the grant money would not be earmarked for future use by Oklahoma, but redirected to other states.

*****
In response, the Oklahoma legislature created, ‘The Joint Committee on Federal Health Care Law.’ The ten member committee’s purpose was study how the federal health care law would affect Oklahoma. They met five times from September to November and concluded they were ‘unsure’ about what Oklahoma should do concerning a health care exchange.

*****
The two co-Chairs, Rep. Glen Mulready, R-Tulsa Sen. Gary Stanislawski, R-Tulsa, met with Oklahoma U.S. Senator Tom Coburn last week and discussed the issue. Coburn, an OGBYN physician, told them to copy Utah’s exchange program. The Utah program was set up before ObamaCare was passed and it is still unclear if it will meet the guidelines of the federal mandate.

*****
According to Mulready, Coburn told them they had to show action and not defiance in regard to the exchange otherwise HHS Secretary Sebelius will be in Oklahoma ‘telling you exactly what to do and when and where.’ Coburn also said he was "not optimistic whatsoever" about the chances of state challenges to the law that are now pending with the Supreme Court.

*****
In a Wall Street Journal editorial last week, Jonathan H. Adler and Michael F. Cannon pointed out a major glitch in ObamaCare involving the exchanges that will likely come up no matter the outcome of the top court ruling. They wrote, “ObamaCare authorizes premium assistance in state-run exchanges (Section 1311) but not federal ones (Section 1321). In other words, states that refuse to create an exchange can block much of ObamaCare's spending and practically force Congress to reopen the law for revisions.” Adler and Cannon also allege the Obama administration is trying to fix the glitch through the IRS without going through Congress, which they conclude is illegal. You can read the entire editorial at http://online.wsj.com/article/SB10001424052970203687504577006322431330662.html

*****
More than any modern government program since Social Security, ObamaCare has divided the country into pragmatics and idealists. People who are pragmatic are said to be more practical and willing to compromise. Some conservatives call pragmatics unprincipled. That is not necessarily true. Often pragmatics are the voice of reason in a sea of confusion. As Coburn correctly points out, it appears we have ObamaCare whether we like it or not. It now becomes necessary for the Oklahoma legislature to prepare for implementation.

*****
Those critical of the idealistic conservatives who derailed the exchange plan this past legislative session should remember the words of George Bernard Shaw: "The reasonable man adapts himself to the world; the unreasonable one persists in trying to adapt the world to himself. Therefore, all progress depends on the unreasonable man.” They were not willing to fold the hand before all the cards were dealt. Pragmatics are willing to concede defeat before the game starts. We need a balance of both pragmatics and idealists in leadership. Without the idealistic, we never move forward. Without the pragmatic, gridlock rules.

*****
Since the Health Care committee failed to come up with a plan, it appears Oklahoma legislators are putting all their chips on the U.S. Supreme court ruling and have no contingency plan if ObamaCare is ruled legal. You should always have a back-up plan. Mark Twain said, “Plan for the future because that's where you are going to spend the rest of your life.” Having a contingency plan is not compromise- that is simply accepting reality.
Posted by Steve Fair is a Jelly Salesman. at 9:53 AM

"Obamacare gives states an option"...The option is NOT an option at all. Either "option" pointed to results in the same outcome -- Fed control. The foundation of either "option" is the exchange of information. The "state-led" but Fed-Controlled option still mandates all the really nasty stuff that the "Fed-led" AND Fed-Controlled option does.
As to the Utah exchange: It did not meet the Fed mandates at time of implementation...what we have yet to see is if Utah will morph its exchange into a Fed-Controlled exchange.
BTW: Great article!