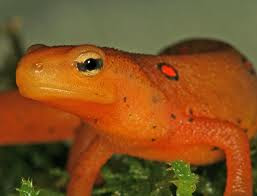 3 REASONS TO NOT VOTE FOR NEWT!

#1: HIS MORALITY! Or lack there of. Newt is on his third wife. He cheated on his first wife and told her he was leaving her while she was in the hospital being treated for cancer. He had proposed to his second wife even before telling his first wife he wanted a divorce. He then cheated on his second wife and proposed to his THIRD wife even before telling his second wife he wanted a divorce. No word on whether he honeymooned at the beach with his two new wives like most Newt aquatic lizards. Newt did all this while writing books and making speeches about ‘family values.’ Newt blames his infidelity to multiple wives on his ‘passion’ for the country.

#2: HIS IDEOLOGY! In December 2008, Newt was paid $300K by Freddy Mac to lobby Congress to not step up regulation or scrutiny. In 1979, when fellow Georgian Jimmy Carter was in the White House, Newt voted to expand the role of the federal government into education with the creation of the Federal Department of Education. In April 2008, Newt made a commercial with then U.S. Speaker of the House Nancy Pelosi on Climate Change. He advocates a ‘pathway to citizenship for illegal aliens.’ During one 2011 debate he said he would issue up to 200 “executive orders’ his first day as President, a clear violation of the US Constitution.

#3: HIS THEOLOGY! Gingrich often begins his remarks by quoting the Declaration of Independence's premise that men "are endowed by their Creator with certain unalienable rights". When you listen to him, you would think he was a very spiritual man and that spiritual things were important to him but that is not the case. It is very apparent Newt doesn’t know the Creator in the free pardon of sin. He fails the ‘fruit of the spirit’ test. Newt was raised a Lutheran, converted to Southern Baptist while at Tulane and then converted to Catholicism, his current wife’s faith, on March 29, 2009. He said he did it because he saw 'happiness' in the Pope's face. Newt has written a book entitled, "Rediscovering God in America." Newt’s message of “Exceptionalism’ is unscriptural and heretical. It fails to recognize the fundamental principle that man is a fallen creature who needs regeneration- even men in the United States.

Newt is a complete pragmatist who was an ineffective leader when he was Speaker of the House. There is no doubt Newt is an intelligent person, but he lacks wisdom. Senator Coburn said in his book, “Breach of Trust,” that Gingrich lacked the courage and character to lead effectively. There is no doubt Newt has good ideas and can analyze the situation as well as anyone, but he is no conservative. We do not need Neutron Newt!

A newt is a member of the salamander family. Adult newts have lizard-like bodies and may be either fully aquatic, living permanently in the water, or semi-aquatic, living terrestrially but returning to the water each year to breed. A red spotted newt has a bright orange color to warn predators of its highly toxic skin.