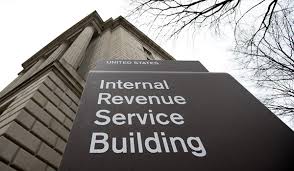 TEA PARTY AND THE IRS!
by Steve Fair

In May 2013, the Internal Revenue Service (IRS) admitted that it had targeted certain conservative political groups for closer scrutiny when they applied for tax exempt status.  The IRS code allows certain non-profit organizations to be exempted from having to pay federal tax.  The IRA admitted that beginning in March 2010, they begin to more closely scrutinize certain organizations applying for tax-exempt status with certain words in their names.  For example if a group or organization’s name had the words, Tea Party,  Patriot, or 9/12 Project in it, your application was flagged and the IRS would go over it with a fine tooth comb.
*****
President Obama claims he knew nothing about the targeting and said "This is pretty straightforward. If, in fact, IRS personnel engaged in the kind of practices that have been reported on and were intentionally targeting conservative groups, then that is outrageous, and there is no place for it, and they have to be held fully accountable, because the IRS as an independent agency requires absolute integrity and people have to have confidence that they are applying the laws in a non-partisan way. You should feel that way regardless of party. But I have got no patience with it, I will not tolerate it, and we will make sure that we find out exactly what happened on this."
*****
Four observations:
*****
First, it’s highly unlikely President Obama was completely unaware of the targeting.  That doesn’t mean the president ordered it, but he likely knew about it.  On Friday the Treasury department’s inspector general testified before Congress that he told his boss at Treasury in June 2012 that the IRS was engaging in blatantly unfair treatment of conservatives. One of those he told at Treasury was Tim Geithner’s top deputy, Neal Wolin.  It’s highly unlikely that Wolin didn’t tell Tim Geithner, the former Secretary of Treasury and its unlikely Geithner didn’t tell the President.  And if he wasn’t told, doesn’t that reflect on the president’s leadership ability?
*****

Second, the IRS slow play on tax exempt applications for conservative groups benefited President Obama and libels.  Non-Profit organizations which can provide a receipt for tax deductable donations get far more contributions than those who can’t provide one.  The groups the IRS targeted were politically conservative ‘grassroots’ organizations whose change in status would have financially benefited conservative candidates and their cause.
*****
Third, what hasn’t gotten a lot of press, but should have is the use of the IRS to enforce the defunct “Fairness Doctrine” on broadcasters.  According to National Religious Broadcasters CEO, Dr. Frank Wright the IRS had Dr. James Dobson submit samples of his radio broadcasts to the IRS before they would consider granting him tax exempt status.  According to Dobson, an IRS agent indicated that his criticism of President Obama would prevent his ministry from getting a certain form of non-profit status. In other words, Dobson’s views were singled out by the IRS because they were conservative, Christian, and critical of President Obama.
*****
Fourth, this is not the first time the IRS has been misused.  President Nixon famously had an ‘enemies’ list and one of the tools in his tool chest was the IRS.  You crossed Nixon- the IRS would audit you.  During a Rose Garden news conference last week, President Obama was asked about comparisons between himself and Richard Nixon.

“I’ll let you guys engage in those comparisons,” Obama said in reference to the president who resigned in disgrace in 1974. “You can go ahead and read the history, I think, and draw your own conclusions.”
“This is an agency with an enemies list,” commentator Lou Dobbs said on Fox News This is Nixonian. This is a president whose inner Nixon is being revealed.”
*****

If President Obama is innocent as he claims, he should appoint a special prosecutor to investigate this scandal.  After all, Nixon said he was ‘innocent’ and he appointed one to investigate Watergate.
Posted by Steve Fair is a Jelly Salesman. at 12:34 PM