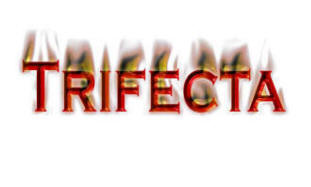 Dark days are looming for the Obama administration.  US Attorney General Eric Holder is at odds with his sworn testimony on the Fox News reporter scandal.  The Justice Department has been conducting a criminal investigation of James Rosen, a Fox reporter, since 2010, but Holder said he knew nothing about it.  But the AG evidently signed search warrant requests in the case, which puts him in conflict with his testimony before Congress.  Opps, forgot about that warrant.

Add Holder’s harassment of the press issue to the Benghazi attack and the IRS scandal and you have a trifecta. Interesting enough Obama’s approval ratings improved the last two weeks according to Gallup.  50% of Americans approve of the job he is doing and 43% disapprove.  But rest assured those numbers will change as Congress conducts more extensive hearings on the three aforementioned scandals.

Rep. Paul Ryan, (R-Wisconsin) Chairman of the House Budget Committee, said on Fox last week that it will take ‘months’ to find out the truth of what happened in the IRS scandal.  Ryan said it is already known the IRS targeted not only Tea Party groups, but religious groups that were conservative in nature.  They also targeted GOP donors as well.  When asked about whether Congress would give Lois Lerner, the IRS official in charge of Tax Exempt Division, immunity to testify, Ryan said that decision had not yet been made.  Lerner pled the Fifth Amendment before Congress during her testimony, which could mean she knows more.  If the tentacles of this scandal reach the White House, you could certainly be talking impeachment.

In the shadow of the IRS and Holder scandals are the Benghazi attacks.  It shouldn’t be.  American ambassador Chris Stevens was killed along with three other Americans.  The embassy had repeatedly requested additional security.  The question is; did the former Secretary of State Hillary Clinton ignore those repeated requests for additional security from diplomats on the ground?  The email evidence appears to prove she did.  Did the President know about the requests?  It is certain the Obama administration attempted to downplay the attack as a mere random act of violence instead of the work of terrorists.  Rest assured, when the white light is thrown on Hillary, she will not fall on the sword for Obama. This scandal has career diplomats incensed and they appear to be willing to break from their long standing tradition of staying out of politics to protect their people on the ground.

So what does the President do during these tough times?  He becomes what some have called the Consoler-in Chief.  He traveled to Moore to participate in a memorial service for the victims of the tornado.  He traveled to New Jersey to walk along the boardwalk with Governor Christie to view the progress being made on rebuilding after the hurricane.

Critics say Obama was exploiting these tragedies in order to distract from the scandals in his administration and that may well be the case.  But it was proper for the President to come to Oklahoma.  It was the right thing to do.  I commend him for his conduct during his time here.  After all, he is the President of this great country.  Bear in mind, it takes some political will to travel to the reddest of the red states if you are Democrat president.  Oklahoma has not voted for a Democrat presidential candidate since 1960 and in the last three presidential elections, all 77 counties voted for the Republican nominee.  We are the only state to have done so.  Yet the President came to Oklahoma.  I don’t know his motivation, but he deserves the respect of Oklahomans for making the effort.

But whatever his motivation, the trifecta of scandals is not going away.  As Rep. Ryan said, it will be months before the hearings will be complete.  It will be interesting to see if any or all of the scandals reach the White

House.  It will only take one and the odds are not in the President’s favor.
Posted by Steve Fair is a Jelly Salesman. at 5:22 AM