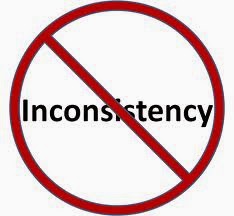 by Steve Fair
On December 17th, the Oklahoma Supreme Court unanimously agreed that HB #2032, a state law that cut income tax and also created a fund for repairing the state Capitol building was unconstitutional.    The court’s opinion, written by Justice James Winchester, stated, “We hold the statute unconstitutional as it violates the single subject rule mandated by the Oklahoma Constitution.” What is the ‘single subject’ rule?
Article V Sec. 57 of the Oklahoma Constitution states: Every act of the Legislature shall embrace but one subject, which shall be clearly expressed in its title, except general appropriation bills, general revenue bills, and bills adopting a code, digest, or revision of statutes.  The motive of the writers of the constitution was to attempt to stop the practice of ensuring the passage of a bill by which a legislator is forced to vote for an unfavorable provision in a bill to secure passage of a favorable one. The bill was authored by Speaker of the House T.W. Shannon, (R-Lawton) and was a priority of Governor Mary Fallin.
“I am extremely disappointed in the Supreme Court's decision to unravel a plan that would have provided tax relief to Oklahoma families as well as a way of restoring our crumbling Capitol building,” Fallin said.
Speaker Shannon said. “I'm deeply disappointed the Supreme Court has once again ruled against the interests of those families. The good news is, help is on the way. I am prepared to act quickly with legislative leaders and the governor to restore what the Supreme Court has undone.”
Three observations concerning this ruling:
First, the Oklahoma Supreme Court’s ruling on ‘single subject’ has been terribly inconsistent.  In June, the court ruled the tort reform laws passed in 2009 were unconstitutional because they violated the ‘single subject’ rule.  Then on December 16th, the Supreme Court ruled the new workers comp reform laws WERE constitutional and did not violate the ‘single subject’ rule.  Bear in mind, both tort reform and workers comp were written and presented much the same way.  If one law violated the ‘single subject’ provision, then it stood to reason that both did.  And what about the behemoth HB #1017 passed by Oklahoma voters in 1990?  If tort reform violated single subject, then the education bill was certainly a violation.  Where was the high court then?    Oklahoma citizens should reasonably expect courts to rule with consistency and not legislate from the bench.
Second, Oklahomans must demand judicial reform.  Oklahoma has three appellate courts- The Oklahoma Supreme Court, made up of nine(9) justices, the court of Civil Appeals, twelve(12) justices, and the court of Criminal Appeals, five(5) justices.  All are appointed by the governor.  Of the twenty six (26) justices currently on the three courts, nineteen (19) were appointed by Democrat governors.  All of these judges face Oklahoma voters, on a rotating basis, every six (6) years on a ‘retention’ ballot.  Voters can either vote to keep them or replace them.  Since Oklahoma went to a retention ballot, NO justice has been replaced.  It is next to impossible to find out anything about the judges on the ballot.  Many voters just leave it blank or vote to retain.  This system is not working.  Justices should either be term limited or they should run on a partisan ballot like they do in Texas.
Third, the single subject provision needs to go away.  Anti-logrolling provisions in state constitutions were very common in the late 19th and early 20th centuries.  While the rule does force the legislature to only deal with one subject at a time, the rule has resulted in overly narrow interruption by the high court.  Single subject requires the legislature to pass more bills to accomplish the same thing and is an ineffective mechanism for stopping corruption.  It is now being used to circumvent the will of the people by an activist judiciary.  It’s time we consider removing it from our state constitution.
This is not the official position of the Oklahoma Republican Party.  I am not speaking in an official capacity as National Committeeman.  This is only my opinion as John Q. Citizen.
Posted by Steve Fair is a Jelly Salesman. at 10:25 AM