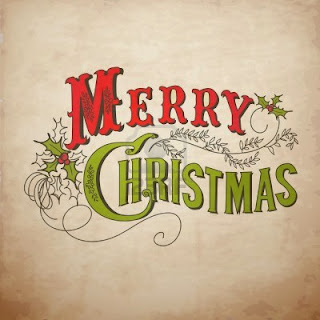 On Wednesday, we celebrate the birth of Christ.  I think the birth, death and resurrection of Christ are the most important events in human history. It is proper we mark and celebrate these events.  I recognize that December 25th was probably not the day Jesus Christ was born, but it is the season when the world is more aware of the incarnation of God as man.   The scriptures do not command us to celebrate the birth of Christ, but I believe it presents an amazing opportunity for Christians to present the gospel.  Allow me to deviate from my normal political commentary to give you three thoughts on Christmas.
First, Christmas is under attack.  For the last several years, Bill O’Reilly has documented a number of circumstances where the celebration of the birth of Christ is under attack in the United States.  In Denver, they have banned religious floats in their Christmas parade.  Nativity scenes are being removed all over the country because of protests.  The greeting, “Merry Christmas,” has been deemed insensitive and replaced with, “Happy Holidays.”  As America becomes more secular, any reference to Christ became offensive.  That shouldn’t surprise believers because Paul said in 1 Cor. 1:18-25 that Christ was a stumbling block to the world.  Americans are not as spiritual as they were just twenty years ago.  Church attendance is down.  According to a New York Daily Post poll, only 54% of believers who had attended Christmas worship services as a child will attend this year.  Why is that?  The reason is many mainstream churches have abandoned truth for relevance.  While that may result in filling the pews, it doesn’t change hearts.  These attacks on the birth of Christ are the fruit of many years of believers not sowing the Word of God.  Christians have no one to blame for this deterioration of our society but themselves.
Second, Christmas is too commercial.  For years, people have spent more on gifts at Christmas than they could afford.  According to a study performed by the American Research Group, Inc., Americans will spend an average of $854 in gifts for friends and loved ones this year.  The average gift cost per child is now over $300.  One in ten parents will spend over $500 per child.  Many of those purchases will go on a credit card and paid out over the year, with interest.  The winners are banks, lending institutions and retailers.  Everyone agrees that Christmas is too commercial, but they are unwilling to stop buying expensive gifts because they feel pressure from a secular society.  Of the 2,000 people polled in the Post poll, only half said they viewed Christmas as a religious holiday, so it is not a surprise when we see Christmas becoming more commercialized.
Third and most importantly, Christ is not still the babe in the manager.  The message of the birth of Christ is not just his birth, but his death and resurrection.  Many people embrace the picture of a baby Jesus with an angelic halo above his head, who appears to be small and helpless.  But scripture says that Jesus Christ is at the right hand of God the Father making intercession for believers.  Why does He need to make that intercession; because we are dead in trespasses and sin.  Not sick, dead.  That babe was and is the only hope we have.  He is the omniscient and sovereign God who rules in the affairs of men.
The hope of America and for each individual American is not in electing more Republicans or getting more conservatives in office.  It’s not in getting the economy going.  It’s not in making sure everyone has affordable health care .  The hope of America is Jesus Christ.  He is the hope of all mankind.  Have a Merry Christmas and a Happy New Year!
Posted by Steve Fair is a Jelly Salesman. at 9:59 AM