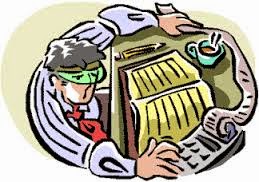 BUDGET SESSION EVERY OTHER YEAR?


State Representative Randy Grau, (R-Oklahoma City), is presenting a proposal in the upcoming Oklahoma legislative session that would have the legislature deal with ‘budget’ issues exclusively in even numbered years.  It would restrict legislators from taking up policy issues or considering constitutional amendments to only odd numbered years.


“There is a lot of momentum right now for a better budget process,” Grau said. “The best way to improve that process is to cut down the number of distractions, at least for one year out of every two. In the years in which the budget was the exclusive goal, your state lawmakers will have four months, as opposed to two weeks, to engage in a meaningful review of government needs and a thorough discussion on funding priorities.”  Grau continued,  “Another benefit of the change would be a reduction in the number of new laws passed.  Considering policy changes every other year will help ensure that legislators focus on what is most important to Oklahomans.”


Before Grau’s proposal becomes reality, it must pass both chambers of the legislature and be approved by a vote of the people.


First, Grau is absolutely right.  There is not enough time devoted to the appropriation/budgeting process by the Oklahoma legislature.  Every legislative session includes a budget scramble that closely resembles a disorganized fire drill.  The state government budget becomes secondary to meaningless ‘feel good’ laws.  Setting aside a ‘budget’ session every other year makes sense.  If properly executed, it would allow the legislature to insure Oklahoma’s tax dollars are allocated in a more efficient way.  Texas currently uses this system.


Second, Grau’s proposal should include a move to zero based or needs based budgeting in Oklahoma state government.  While we are voting to amend the constitution, let’s do it right.  Needs based budgeting requires that any budget request be started from a zero base.  Every line item of the budget must be approved, not just the changes.  Currently, Oklahoma state government uses Historic Budgeting, which is a process where agency heads only justify variances in their budget.  Historic Budgeting ‘assumes’ their baseline budget(what they got last year) is automatically approved.   Sure it will be more work for state government workers, but after all it is taxpayer money.


Third, Needs based budgeting is a growing concept in other states.  No less than eighteen states across the U.S. are either using or considering requiring agencies justify every penny of tax dollars they want in their budget.  Texas has used zero based budgeting.  Back in 2003, when Texas faced a budget shortfall, Governor Rick Perry sent the legislature a budget with zeros next to each agency, requiring the legislature to dig into each agency’s request line by line.  Many credit Perry’s move as to why Texas was able to keep state government under control the last ten years.


Fourth, Grau is right about the volume of ‘policy bills’ passed by the Oklahoma legislature.   It still remains to be seen if the amount of ‘policy’ bills would be substantially reduced if Grau’s proposal was approved by Oklahoma voters.   A high percentage of the policy laws passed every year are state agency requested, basically government managing government.  Most of these policy bills are redundant and largely unnecessary.


If Grau’s HJR passes the legislature and gets on the ballot, odds are voters would approve it.  That would be a good first step to force the Oklahoma legislature to take seriously the most important job they have- allocating tax dollars.  Adding zero-based budgeting would be a needed tool to force agency bureaucrats to take the budget process seriously.  Contact your state legislator and tell them to support HJR 1001 when it comes up for consideration.
Posted by Steve Fair is a Jelly Salesman. at 8:22 PM