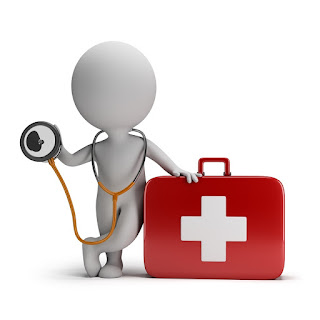 AMERICANS HAVE A RIGHT TO KNOW!
by Steve Fair

Is the health of a presidential candidate relevant?  The issue seems to come up in virtually every election.  Back in December 2015, Donald Trump, Chris Christie, and Jeb Bush all got notes from their doctors saying they were in ‘excellent health.’  Donald Trump's personal physician didn’t include any data, but assured the American public the Donald "will be the healthiest individual ever elected to the presidency."  Considering the physician shape George W and Obama were in when they took office, I find that statement a bit exaggerated.
Clinton’s doctor, Dr. Lisa Bardack, an internist in Mount Kisco, N.Y., described Clinton “as a healthy 67-year-old female whose current medical conditions include hypothyroidism and seasonal pollen allergies.”  Bardack concluded that Clinton was, ‘fit to serve.’  She did provide back-up data on some of Hillary’s health issues, including a list of medications she takes, but Bardack was hand-picked by Clinton and may have had some ‘skin in the game.’
Clinton suffered a concussion in 2012 that resulted in double vision, requiring her to wear special glasses for a couple of months.  In July 2015, a blood clot was found near Clinton’s brain, which necessitated her being put on blood thinners, which she still takes.  Clinton will turn 68 years old in October, Trump turned 70 in June.
In a Chicago Tribune editorial, Arthur Caplan, a professor of bioethics at New York University, and Jonathan Moreno, a professor of ethics at the University of Pennsylvania, called for all presidential candidates to undergo an independent physical.  “An independent examination by a panel of physicians at, say, Walter Reed National Military Medical Center, would at least provide voters with some trustworthy information. The results might influence not only the voters' thinking but also the selection of a vice president whose "heartbeat away" status might become much more intensely apparent,” the duo wrote.
Do the American people have a right to know?  When you consider the medical problems of past presidents, Woodrow Wilson, Franklin Roosevelt, John F. Kennedy, and Ronald Reagan, we should know.  Each of those four presidents had major medical issues and in the case of the first two, they were often incapacitated while their staff was essentially running the country- and the country didn’t know until years later.
A new Rasmussen poll found that 59% of voters believe all major presidential candidates should release at least their most recent medical records to the public.  That figure is up from 38% just two years ago.  30% of voters don’t think candidates should be required to provide medical records and 11% were undecided.
So many people are searching the Internet on Hillary’s health that Farhad Manjoo, the NY Times Tech Editor, asked Google to block searches of Clinton’s health because it hurts her candidacy.  The mainstream media is in the tank for Clinton, but doesn’t the public have a right to know?
Trump has made the health of the future chief executive a campaign issue.  “Hillary Clinton lacks the judgement, the temperament and the moral character to lead this nation.  Importantly, she also lacks the mental and physical stamina to take on ISIS, and all the many adversaries we face – not only in terrorism, but in trade and every other challenge we must confront to turn this country around,” Trump said in a recent foreign policy speech.  He correctly points out that Clinton appears to require help standing and walking, appears fatigued and that she has a persistent cough.  It could be nothing, but it could be something.  Voters have a right to know- not only Hillary’s physical condition, but Trump’s as well.
Caplan and Moreno are on the right track- Congress should pass legislation requiring every presidential nominee to undergo an independent physical and the results released to the public.  It should also include an annual physical for the president as well.  When a kid has to have a physical from an independent physician to play sports, it’s inconceivable we don’t require presidential candidates to submit to the same.  American voters should demand to know the health of the candidates
Posted by Steve Fair is a Jelly Salesman. at 3:46 PM