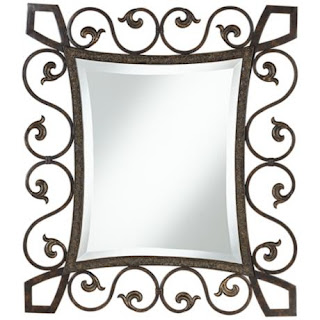 WHO’S THE FAIREST OF THEM ALL?
by Steve Fair

The first amendment to the U.S. Constitution prohibits the making of any law establishing a ‘state sponsored’ religion.  It also prohibits the impeding of the free exercise of religion, abridging individual freedom of speech or the freedom of the press.  It protects freedom of assembly and the right for citizens to petition their government with their grievances.  All ten of the Bill of Rights are necessary to protecting our freedoms and liberties, but without the basic right to speak freely, criticize our government and being able to print those criticisms, just how much liberty would we really have?  Having the freedom to worship as we wish, as granted by the first amendment, is a blessing.  Three things about the first amendment:
First, the first amendment grants the right of citizens to disagree.  Rational people can disagree on issues.  How one person views a situation may be very different than the way another will view the same situation- and that’s o.k.  We should respect other people’s right to disagree with us.  The first amendment also guarantees that person who disagrees with us the right to express their opinion. We may not like their viewpoint, but we have the right to rebut and to express our opinion.  Tolerance for differing opinions has been lost in our politically correct world.  Some of the most intolerant people are liberals.  They scream ‘intolerance’ when conservatives don’t embrace their liberal views, but they exhibit the same ‘intolerance’ when conservatives express their conservative views.  Only God knows everything, but you wouldn’t know it by listening to the talk shows.  “Humility and how I Mastered it,” appears to be the autobiography of many elected officials.
Second, the first amendment is messy.  Having an open society can create challenges.  If you allow everyone to express their opinion without any restrictions or filter, then it stands to reason people who disagree are going to react in an equal and opposite way (Newton’s Law).  With the talking head examples on the tube where two opposites are encouraged to destroy the other’s position, it no wonder few people have any respect for their fellow man?  No one wants to listen to someone else’s opinion.  Most now have their opinion and don’t confuse them with the facts.  The first amendment’s provision actually allows/permits/encourages fools to believe stupid things.  That is the messy part and it makes it hard to stomach for us geniuses.
Third, the first amendment is under attack.  For the very reasons I just cited, government feels threatened when citizens- in mass- begin to express their frustration.  Government leaders seek to ‘keep things under control,’ with little regard for the rights of the individual citizen and the constitution.  The press has come under attack when they print anything the government or elected officials deem inappropriate.  Churches face government scrutiny if they engage in any political activity or express a conviction/value that government deems intolerant.   A classic example of silencing the opposition is the issue of same-sex marriage.  Senator Mike Lee, (R, Utah) and Congressman Raul Ladrador, (R, Idaho) have introduced HR 2802 which would protect those who oppose same sex marriage and insure their full protection under the first amendment.  The bill does not preempt, negate, or alter any civil rights laws, state or federal. It does not take anything away from any individual or group, because it does not modify any of the existing civil rights protections.  It simply affirms the right of those who disagree with same sex marriage to have the same rights as those who agree with it.
President Harry Truman said: “Once a government is committed to the principle of silencing the voice of opposition, it has only one way to go, and that is down the path of increasingly repressive measures, until it becomes a source of terror to all its citizens and creates a country where everyone lives in fear.”  That is where we are in America- a government that is tolerate when it comes to liberal values, but not conservative ones.  Our government is merely a reflection of our culture.  What do we see when we ask the mirror ‘who’s the fairest of them all?’  We see ourselves and the reflection isn’t pretty.

Posted by Steve Fair is a Jelly Salesman. at 1:27 PM