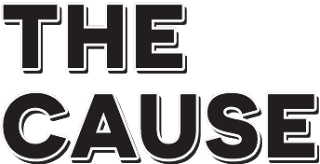 Tip O’Neil was the former Speaker of the U.S. House.  A Democrat from Massachusetts, he once said, “all politics is local.”  His point being that all real change, impact, influence, progress or decline in politics begins at the local level.  Most people pay more attention to what happens at the national and state level than they do to their county and municipal races.  Those who serve on city councils and school boards often impact your life as much or more than your congressman or the president.  Those who serve in those offices are seldom compensated and are true volunteer leaders.  They serve because they care and want to make a difference.  They deserve our admiration and respect.
Most everyone agrees that America is in trouble no matter who is elected president, but sadly few want to invest their time, treasure and talent long term in effecting change.  Here are four observations on how we can effect change in our government:
First, citizens must pay attention all the time.  They can’t just engage every two years when there is a major election.  75% of the population are considered ‘uninformed’ voters.  That means they vote based on propaganda or how much mass marketing a campaign has done and not on facts.  Until people start packing town hall meetings and challenging the voting records of their elected officials, we will continue to get more of the same.  Elected officials listen to people who will impact their political future, whether it be a donor or a constituent who is committed to change.  If someone only shows up one time and then doesn’t come back, you can’t expect things to change much.
Second, change will not be immediate.  The reason most people don’t stay engaged in the political process is because they don’t believe they are making a difference in the process.  They attend a couple of GOP meetings and nothing changes at the national level, so they don’t come back.  They become cynical and wrongly believe no matter what happens, nothing will change.  If people don’t stay engaged, it’s a guarantee the only change will be downward.  To use a football analogy- politics is like a team that grinds it out one yard at a time.  Just like football, few long ball throws connect in politics.  Political activists have to be patient and show perseverance.  America didn’t get in this shape overnight and we won’t get out of it overnight.
Third, the cause is more important than one person.  Politics is more personality driven than issues driven.  People get excited about a particular candidate and lose interest when that candidate fades from the scene.  No one is indispensable or irreplaceable.  If citizens want conservative policies, they have to be committed to the cause.  It is disappointing to see former elected officials or candidates drop out of the process after they leave office.  That simply says it was all about them and not the cause.
Fourth, politics is a reflection of who we are.  Politics doesn’t operate in a vacuum.  We get the government we deserve.  If GOP meetings were standing room only in every county and state in the country, there would be change from the courthouse to the White House.  But sadly only the most hard core show up and stay engaged.  School board and municipal races have the lowest voter turnout of all races.  Blame is placed on the politicians, but the fact is citizens have only themselves to blame.  There is no ground swell of commitment to changing our government by actually doing something other than complaining.  Knocking doors for a candidate, cooking chili, frying fish, stuffing envelopes, and putting out signs are considered to be too menial of tasks to most people.  They leave the dirty work in politics to others and criticize/critique how they do it. They are like the nitpickers Sanballat and Tobiah, who criticized Nehemiah.
O’Neil was right about politics being local, but it also gets personal.  This election cycle has seen unprecedented insults and accusations at the national level.  Unfortunately, that filters its way down to local races.  In politics, humility is considered a liability and arrogance an asset.  Lying, cheating, and character assassination is common in campaigns, by people who publicly quote scripture.  Very disappointing.  The only way to change that is for principled, ethical people to be engaged more than just voting every two years.  Until that happens, expect more of the same.
Posted by Steve Fair is a Jelly Salesman. at 9:44 AM