DO WE REALLY WANT TO ELECT SOMEONE UNDER FEDERAL INVESTIGATION? SERIOUSLY? 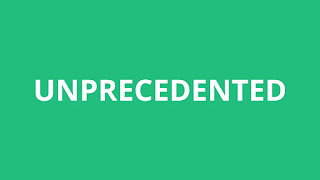 On Friday October 28th, just ten days before the general election, Director of the FBI, James Comey sent a letter to the Chairmen and ranking members of the nine Congressional committees stating the Bureau was re-opening the investigation into former Secretary of State Hillary Clinton’s emails.  The letter read: “In previous congressional testimony, l referred to the fact that the Federal Bureau of Investigation (FBI) had completed its investigation of former Secretary Clinton's personal email server. Due to recent developments, I am writing to supplement my previous testimony.  In connection with an unrelated case, the FBI has learned of the existence of emails that appear to be pertinent to the investigation. I am writing to inform you that the investigative team briefed me on this yesterday, and I agreed that the FBI should take appropriate investigative steps designed to allow investigators to review these emails to determine whether they contain classified information, as well as to assess their importance to our investigation. Although the FBI cannot yet assess whether or not this material may be significant, and I cannot predict how long it will take us to complete this additional work, I believe it is important to update your Committees about our efforts in light of my previous testimony.”
The unrelated case referenced was one that involves former NY Democrat Congressman Anthony Weiner.  He is accused of sending lewd texts to a 15 year old underage girl.  His wife is Hillary’s top aide and evidently they both used the same unsecured computer for email.  Is this an October surprise?  Will it persuade voters that Clinton is not fit to be president?  Three observations:
First, Comey would not have sent the letter if what the FBI found was minor.  It has to be something the investigators believe is subject to prosecution.  They wouldn’t have re-opened if it wasn’t.  Just three months ago, Comey said there wasn’t enough evidence to charge Clinton, but testified before Congress that she had made major mistakes and used poor judgment.  Rumors were the ‘career FBI leadership’ was livid that Clinton wasn’t charged.  Most likely those bureaucrats put extreme pressure on the director to re-open when this new evidence was found.  It has also been alleged the Department of Justice, under the leadership of Attorney General Loretta Lynch, nixed an investigation into the Clinton Foundation’s donors and their access to the State Department.  Our system of government allows for the president to appoint the AG and the FBI Director, but the agencies are to operate under the premise that no one is above the law and are not to be influenced by public opinion or politics, only by statute.  That appears to not have been the case with Clinton and someone should pay the price.  This corruption rises to the highest level of our government and Congress should investigate and punish those who ignored the rule of law.
Second, Comey’s action is unprecedented.  There has never been a presidential candidate in the final days of a campaign placed under federal investigation.  Clinton released the following statement: “I’m confident whatever they are will not change the conclusion reached in July. Therefore it’s imperative that the bureau explain this issue in question, whatever it is, without any delay.” Clinton knows that is not going to happen.  No federal investigation is conducted in the media.  The FBI will methodically conduct their investigation, which will take months, and then release their report.  Her statement is a smokescreen.
Third, Comney’s action should concern all Americans.  No matter your party affiliation or political ideology, every voter should pay attention.  Much has been made of the ‘fitness’ of the two candidates.  One is a loud, brash, blowhard who has no filter and hurls insults like a late night comedian.  The other is a career politician who has a string of scandals dating back decades and who has been so careless that she is now under her second federal investigation in a year.  Trump has dubbed Clinton, “Crooked Hillary.”
Is Comey’s announcement that Clinton is again under federal investigation a game changer?  It would be the death sentence to a presidential campaign in a normal political year, but 2016 is not the normal year.  Many voters- in both parties- will not care because they are blinded by party loyalty, but Director Comey’s action is unprecedented.  Do we really want to elect a person under federal investigation?  Seriously?
Posted by Steve Fair is a Jelly Salesman. at 12:24 PM