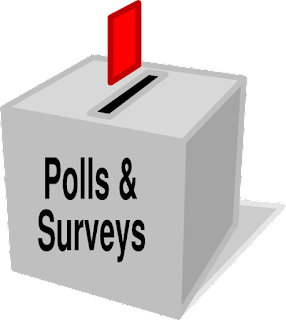 POLL THAT MATTERS IS NOVEMBER 8TH
by Steve Fair

Less than two weeks until the election.  The major media is reporting that Clinton is ‘surging’ and Trump is ‘tanking’ based on polling.  According to FiveThirtyEight, a polling operation that aggregates several polls, Clinton’s chances of beating Trump are 86.6%.  They also forecast that Republicans will lose the Senate, but hold the House. While most believe Clinton is headed for victory, Trump is a candidate whose unconventional style presents a challenge for the conventional pollsters.
First, Trump brings new voters to the polls.  Those ‘new voters’ are never polled, because they are not considered ‘likely’ voters.  A conventional poll sampling includes those who have shown up to vote in the past and never includes new registered voters and infrequent voters.  Trump appeals to the non-political and the causal voter.  If those show up, all bets are off.  The well-respected Gallup organization missed the 2012 election when they predicted Mitt Romney would beat Obama.  In trying to explain how they got it wrong, they said they misidentified likely voters.  Pew Research says the biggest challenge in polling is ‘forecasting who will vote.’  While polling, for the most part is very accurate, it is not an exact science.
Second, voter intensity is not something that polls can measure.  Energy in politics wins elections.  Clinton doesn’t energize her supporters, Trump does.  Intensity moves people to the polls and in a close election, it pushes candidates to victory.  Trump’s voters will vote- Hillary’s may not. Trump is drawing huge crowds to large rallies, but that is just one part of voter intensity- they still have to show up.  It is amazing how many people are influenced by polling.  It’s called the ‘bandwagon’ effect.  People want to vote for the winner.  Rush Limbaugh says the reason the media is hyping the poll numbers is to suppress the Trump vote.  They are trying to downplay the voter intensity advantage Trump has over Clinton.
Third, pollsters are often hirelings. Polls are commissioned by organizations (often media) that are looking for a predetermined outcome and they are seldom disappointed.  You will note that CNN and Fox seldom have the same numbers in polls- in fact they are usually the exact opposite.  Pollsters often give their client what they want- documentation for stating an editorial position.  That is not to say there aren’t good pollsters who use unbiased methods to gather data, but often pollsters are no better at predicting an election result than the weatherman.
Fourth, polls are not always right.  In fairness, they get it right more than they get it wrong, but they had Obama losing to Romney and the Democrats holding the Senate in the midterms.  They had Gore beating Bush by 2 points in 2000.  Polls had Dewey beating Truman- remember the newspaper that prematurely printed the headline?  The mother of all botched political polls was a 1936 Literary Digest straw poll survey that said GOP challenger Alf Landon would win in a landslide over the incumbent, Franklin Delano Roosevelt, with 57 percent of the vote. Literary Digest had correctly predicted the previous 8 presidential elections.  Interestingly enough, the only pollster who got it right was an upstart named George Gallup.
Several years ago, I was being interviewed by a reporter after an election and they asked how our Republican candidates had won in a county with a majority of Democrat voters and I responded, “They got more votes than their opponent.”  The reporter thought I was simply being sarcastic, but I went on to explain that getting the vote out is what wins elections.  Nearly 50% of Republicans voted in that election, but only 38% of the Democrats.  Voter intensity and getting the voter to the polls is a fundamental principle in politics.  Clinton understands that concept- she is a seasoned politician who has done politics for years.  Trump isn’t using conventional methods to get his vote out, but he motivates voters like no politician in recent memory.  That will help his turnout numbers.
Posted by Steve Fair is a Jelly Salesman. at 8:17 AM