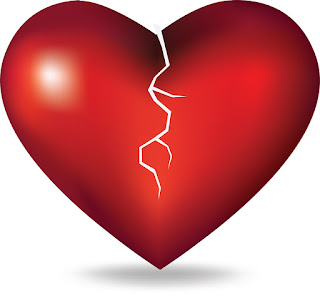 Our System of Government Worked!
by Steve Fair

In a Washington Post op/ed Mehdi Hasan declared the American political system ‘broken.’(https://www.washingtonpost.com/news/global-opinions/wp/2016/11/25/the-american-political-system-is-broken/?utm_term=.2aa47fea2014)  Hasan is a British journalist and author who works for Al Jazeera, a media network owned by the government of Qatar.  Al Jazeera is perceived to have mainly Islamist perspectives in their reporting, promoting the Muslim Brotherhood and having an anti-Western slant. While Hasan’s opinion should be dismissed as irrelevant and nonsensical, much of what he addresses is the same rhetoric being pushed by Democrat leaders.
Hasan’s cites several reasons America’s system of government is broke- chief among them the ’archaic U.S. electoral college.’  He points out that Trump lost the popular vote to Clinton and that just isn’t fair. In the Brit’s mind, the person who wins the popular vote should be president.  Would liberals be as outraged if the reverse was true?  Certainly not and everyone knows that.  Just like every sore loser in a competitive contest, the rules were unfair (even though you knew the rules going in), the refs were bias, the other team cheated etc.,etc.,etc.  It’s never about your bad performance or the good performance of your opponent. If you didn't win, you had to be cheated!
Hasan also cites the amount of money in American’s political system as one of the reasons the system is broke.  Welcome to a capitalist society, Mehdi.  In America, if someone wants to spend their entire fortune pushing their ideology (George Soros, Charles Koch), they have the right to do so.  It’s the job of the educated voter to discern where candidates are getting their funding.  Follow the money!  There is too much money in politics because not enough people are paying attention to politics.  Big donors are buying races and politicians, but the answer isn’t taking away the right of the big donor to be engaged- the answer is to get the average citizen constantly engaged in the process.
Hasan says that America has less voter turnout than other developed countries.  That is often true and the primary reason is that people don’t believe their vote makes a difference.  They see inconsistency between what a candidate promises and what they actually do in office.  If citizens would educate themselves on the issues and would ‘do politics’ more than every two years, it would dilute the influences of special interest in our government
Hasan says Republicans try to suppress the minority vote and gerrymander districts to their benefit.  Republicans do support having voters provide a photo ID to vote in an election.  That seems to be reasonable and logical.  Only those that plan to cheat would oppose that.  You can’t cash a check without ID, so why should you be allowed to cast a vote without ID?  That is not suppressing the vote- that is simply insuring those who vote are who they say they are.  As to gerrymandering, it has been around as long as government and the GOP don’t have a monopoly on it.  I ran for Oklahoma State Senate in 2000 against a Democrat incumbent and lost.  In 2001, when re-redistricting for State Senate districts took place, the Democrat leadership drew me out of the district.  The incumbent, who was termed out and couldn’t run again, gleefully declared my political future was dead.  I didn’t complain or call foul because I understood that elections have consequences and the Party in power gets to draw district lines.  Is that unfair to the citizens?  Perhaps, but that is all the more reason for citizens to stay engaged.
Is our system of government broken?  Donald Trump’s victory over establishment candidates actually proves just the opposite.  When an ‘outsider’ can run and win over career politicians who are better funded and more politically astute, it means our system of self-government is working, not broken.  When unemployed and underemployed Americans turn out in record numbers to vote for a political outsider, it proves the people are sick of their dysfunctional, disconnected government.
What is broken is the hearts of the liberal socialists in America.  They lost an election they believe they shouldn’t have, but instead of laying the blame where it belongs; at the feet of Hillary Clinton, they blame the system.  The system, while not perfect, worked.
Posted by Steve Fair is a Jelly Salesman. at 9:53 AM