Some Patronage, but overall Trump's picks are refreshing! 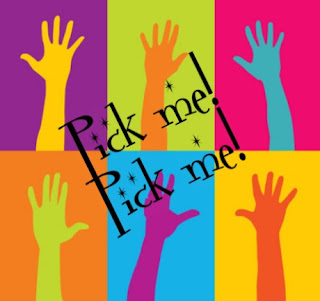 President-elect Trump has announced several more appointment to his cabinet.  He has 662 major appointments to make(251 are in the State Department-primarily Ambassadorships) and as of now only 12 have been filled.  Here is a quick profile of Trump’s most recent nominees- most of which require Senate confirmation:
Wilber Ross, 79, has been nominated for Secretary of Commerce. Ross is a billionaire banker from New York.  He and Trump have a long history and were in the casino business together. He has an MBA from Yale.  Ross has been married 3 times- his second wife was the former Lt. Governor of New York- and has two daughters.
James Mattis, 66, is a retired Marine Corps general, who served as the commander of the U.S. Central Command for 2 ½ years.  Mattis has been nominated for Secretary of Defense.  During his time as Commander of Central Command, Mattis and the Obama administration clashed frequently because he was perceived to be too eager for military confrontation with Iran for their taste.  He is considered to be an intellectual and is an avid reader.  His personal library has over 7,000 volumes.  Mattis is a life-long bachelor.  Because he has not been separated from the service for seven years, his nomination will require a waiver of the National Security Act of 1947.  If granted it would be the second time it was done.  The first was for General George Marshall.
Betsy DeVos, 58, is a businesswoman and an education advocate from Michigan.  She has been very active in GOP grassroots politics in the state.  She served as Chair and National Committeewoman for the Michigan GOP.  She is married to Dick DeVos, the son of the founder of Amway.  They have 4 children.  She graduated from Calvin College.  DeVos’ brother founded Blackwater, the well-known private security firm.  She is a proponent of school choice and has advocated the use of school vouchers.
Tom Price, 62, is Trump’s nominee for Health and Human Services Secretary.  Price, a physician, is a 5 term Congressman from Georgia. He is the Chair of the House Budget Committee. Prior to being elected to Congress, he served in the Georgia state senate.  Price grew up in Michigan and went to college and medical school at the University of Michigan.  He did his orthopedic internship at Emory in Atlanta, practiced for 20 years and then taught at Emory.  He and his wife, a Georgia State Representative, have one son.  Price is the original sponsor of the Empowering Patients First Act, which is the GOP alternative to the Affordable Care Act.   The bill, among other things, creates and expands tax credits for purchasing health insurance, allows for some interstate health insurance markets, and reforms medical malpractice lawsuits
Ben Carson, 65, has been nominated for Secretary of Housing and Urban Development.  Carson, who also grew up in Michigan, graduated from Yale and received his M.D. from the University of Michigan.  In 2013, Carson was the keynote speaker at the National Prayer Breakfast and was very critical of President Obama’s policies, with the president sitting just 10 feet away. His commons sense solutions to complex problems soon gained him a very loyal following among conservative Republicans. Carson was a frequent surrogate for Trump on the campaign trail. Carson and his wife Candy have been married for 45 years and have three sons.
Elaine Chao, 63, is Trump’s pick to lead the Department of Transportation.  Chao served as Secretary of Labor under George W. Bush and Assistant Secretary of Transportation under George H.W. Bush.  She was the first Asian-American woman to be appointed to a presidential cabinet.  Chao, who is Taiwanese, was born in China and came to the U.S. when she was 8 years old.  Her dad runs a large shipping company.  Chao has been married to Senate Majority Leader Mitch McConnell for 16 years.  She has an MBA from Harvard.
Steve Mnuchin, 54 has been designated Secretary of Treasury.  He was the finance chair for the Trump campaign (charged with raising money to run the operation).  He is a former partner at Goldman Sachs, as was his father, and a Yale graduate.  He is a Hollywood producer, financing such films as the X-Men franchise and Avatar.  He has been married twice and has three children.  He currently lives with actress Louise Linton in California.
So far it appears Trump is being very deliberate in making his selections for the top jobs.  He appears to be surrounding himself with talented people who haven’t spent their life in politics.  How refreshing!
Posted by Steve Fair is a Jelly Salesman. at 11:11 AM