State Board of Health's action should concern all Oklahomans! 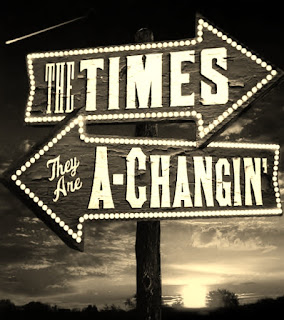 THE TIMES ARE CHANGING!
by Steve Fair
SQ#788 supporters are up in arms because the Oklahoma state health department voted last week on the rules for medical marijuana in Oklahoma.  The board voted to limit the amount of THC in certain products, restrict the location and hours that medical dispensaries can operate, require a licensed pharmacist to be on duty at the dispensaries, and prohibit the sale of smokeable marijuana.  The board acknowledged their guidelines will likely be challenged in court and several groups have already announced their intention to sue the state.  Some say this has taken the most liberal medical marijuana law in the country and made it one of the most restrictive.  Three observations:
First, SQ #788 was poorly written.  The language gave great latitude to the legislature and governor in how marijuana was to be dispensed and regulated.  Who knows what the 500,000 Oklahomans were thinking when they voted yes, but that really doesn’t matter.  It matters what the bill actually said and #788 had more holes in it than Swiss cheese.  If the proponents of #788 wanted smokeable marijuana, they should have been more specific in their language.  Unintended consequences are common in legislation and this is a classic example.
Second, the board of health and governor’s action should concern every Oklahoman.  SQ #788 was approved by the people.  Many of those who voted for it may not have understood all the implications of what they were voting for, but #788 did pass.  When government works to protect ourselves from ourselves, we have a major problem.  If this can be done on this issue, it can be done on others.  No matter your political leanings, reining in the overreach of government is more important than this one issue.  Republican gubernatorial runoff candidates Kevin Stitt and Mick Cornett both said they disagreed with the health department’s rules vote and believed the board was circumventing the will of the people.
Third, the battle over marijuana is not over in Oklahoma.  A group known as Green the Vote is in the process of circulating a petition to get recreational marijuana on the ballot.  As of last week, they lack 20,000 signatures and have until August 8th to complete the initiative petition.  No doubt they will get on the ballot, but it will not likely be in November.  The governor establishes when a state question is voted on and Governor Fallin is not likely to place it on the 2018 general election ballot.  Recreational marijuana will be voted on in Oklahoma- it’s just a matter of time.  Currently nine states and Washington DC have legalized recreational marijuana.  It would be ironic if red state, conservative, Bible belt Oklahoma joined them.
Oklahoma is changing.  While still a political conservative stronghold, changing demographics and an overall lack of conservative leadership has moved the Sooner state into one where libertarians and progressives have made inroads.  The passage of SQ #788 is a perfect example.  While thirty states have some form of legalized medical marijuana, who would have thought Oklahoma’s would be the most liberal.   But in a state with more slot machines per capita than any place on the planet,  perhaps it’s not so surprising.
Posted by Steve Fair is a Jelly Salesman. at 10:11 AM