GOVERNMENT IS NOT A BUSINESS- IT IS NOT AN OLIGARCHY! 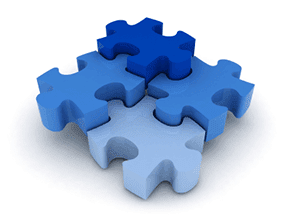 COLLABORATION, NOT CONSOLIDATION!
by Steve Fair

On Wednesday, Governor Kevin Stitt signed three House and two Senate bills that gave him the power to hire and agency directors at five of the largest state agencies: the Department of Corrections, the Oklahoma Healthcare Authority, the Department of Transportation, the Office of Juvenile Affairs, and the Department of Mental Health.  The five bills had emergency provisions, so they go into effect immediately.
Before the bills were passed and signed into law, the five agencies were guided by individual boards and commissions.  Stitt pledged during his campaign that he would push for the governor to have more power in the hiring of agency heads, saying the board system insulated agency heads from voters.  “Oklahomans want three things: they want accountability, transparency and they want results,” Stitt said at the signing ceremony while flanked by seventy lawmakers.
First, empowering the governor to hire and fire top agency directors will clearly be more efficient than the old method.  It theoretically does make the larger state agency heads more accountable to voters.  Under the new system the only person between them and the voter will now be the governor.  However, that begs two questions: “why have a board at all if it has no say in the agency’s staffing and budgeting?   Is the board just an advisory body with no real power?  Under the old system, each agency had boards of varying size, all with members appointed by the governor to a term.  A new governor couldn’t just fire the board and start over.  They had to work with the existing board, many times with those who had been appointed by their predecessors, to make changes in state agencies.  Many of the appointments were political patronage and the board members were not qualified to be there.  Under the new system, the boards will be made up of people who have little power and no authority over the agency they are supposed to be overseeing.
Second, this consolidation of power should be voted on by the citizens of Oklahoma.  If granting the governor more power is a good thing, then amend the State Constitution to permanently grant that power.  That must be done through a vote of the people.  The five bills signed this week can be rescinded by a future legislature.  A Republican legislator recently said that would be what would happen if a Democrat governor was elected.  But expanding the power of the governor can’t be personality or Party driven.  It is either the right or wrong thing to do.
Third, government conducts business, but it is not a business.  It doesn’t generate revenue- it collects it.  Government should be conducted in a businesslike manner, but a business is only accountable to its stakeholders, not to society as a whole.  It is an oligarchy.  Government is accountable to everyone in its jurisdiction.  It’s important to understand the difference.
Consolidation of power was something America’s founders warned against.  They set up a system of government that relies on a multitude of counselors, not single personalities or elected leaders.  Clearly, the most effective, efficient form of government is a benevolent dictatorship, but that only works until the good dictator is gone.  Oklahomans need a fourth thing Governor- Collaboration- to really turnaround.
Posted by Steve Fair is a Jelly Salesman. at 8:06 PM