Is it government's responsiblity to provide health care for their citizens? 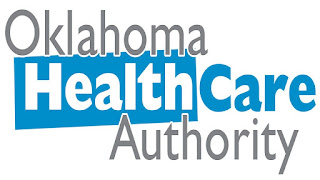 OKLAHOMA HEALTHCARE IN CRISIS!
by Steve Fair
Governor Kevin Stitt has requested that Oklahoma State Auditor & Inspector Cindy Byrd audit the Oklahoma Health Care Authority (OHCA) on Medicaid enrollment in the state from 2015-2018.     The audit requests the auditor determine 1) if the OHCA is meeting the mandatory requirements for eligibility for the Medicaid Children’s Health Insurance Program (CHIP), 2) if those enrolled in the CHIP program meet the requirements for enrollment, and 3) if the OHCA is processing and removing those who aren’t eligible for the program.
“It is important that we ensure our resources are supporting those in our state that need it the most,” said the governor. “States across the nation have already completed Medicaid audits and found significant savings because of it. I believe this audit will allow us to continue to be transparent and efficient with taxpayer dollars while also ensuring we are providing a safety net for the most vulnerable in Oklahoma.”
Medicaid is a federal and state entitlement program that provides medical benefits to low-income individuals who have no or inadequate health insurance coverage. In 2019, the federal government is funding 62.38% of Oklahoma Medicaid, aka SoonerCare, and Oklahoma taxpayers the other 38%.
During his campaign for governor, then candidate Stitt said he opposed the expansion of Medicaid, but that may not still be the case.  At a news conference less than two weeks after being sworn into office, Governor Stitt said he might expand it, but needed to know more about it(Medicaid), which is probably why he requested the audit.
Clearly Oklahoma has a health crisis.   According to the United Health Foundation, Oklahoma is one of the unhealthiest states in the country with obesity being a major factor.  It’s no wonder we are fat since the state meal is fried okra, cornbread, barbecue pork, squash, biscuits, sausage and gravy, grits, corn, chicken fried steak, black-eyed peas and pecan pie.
One in seven Oklahomans are uninsured, which is one of the highest rates in the U.S., but doesn’t that speak more to individual responsibility than government intervention?  Is it Oklahoma taxpayers responsibility to provide health care coverage to those who can’t afford it?   It would seem that is the universal consensus, but when does a hand up become a hand out?
It’s a fact Oklahoma rural hospital facilities are struggling and are closing because many of those they serve are uninsured or underinsured, but is it the responsiability of hardworking Oklahoma taxpayers to pay the bill?  That’s a tough question and there is no easy answer, but last week the governor signed a bill giving him authority to hire and fire the head of the OHCA.  Now instead of an appointed board overseeing the agency, the governor can act unilaterally.  If the audit reveals negligence in handling the CHIP program, will that result in policy and/or personnel changes at the OHCA?
The problem with expanding Medicaid in the Sooner state is twofold: (1) There is no guarantee the feds are going to continue to provide matching monies for the program, and (2) Once someone gets on the program, they tend to become dependent on it.  It is next to impossible to pull back a government program.  Governor Stitt should proceed with caution when dealing with Oklahoma healthcare and the expansion of Medicaid.
Posted by Steve Fair is a Jelly Salesman. at 7:18 PM