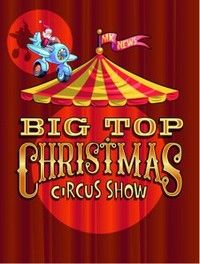 THE CHRISTMAS CIRCUS!
by Steve Fair
On Friday the 13th, the U.S. House Judiciary Committee approved two articles of impeachment against President Donald J. Trump. The president is accused of abuse of power and obstruction of Congress.   This is just the fourth time in our nation’s history the House judiciary committee has approved articles of impeachment against a president.   Presidents Andrew Johnson, Richard Nixon, Bill Clinton and Donald Trump share that legacy.  Johnson and Clinton were acquitted in the Senate and Nixon resigned before facing a Senate trial.  The vote on Friday was 23-17, along Party lines.
"Today is a solemn and sad day," Judiciary Committee Chairman Jerry Nadler, (D-N.Y)., said after the vote in brief remarks. "For the third time in a little over a century and a half, the House Judiciary Committee has voted articles of impeachment against the president for abuse of power and obstruction of Congress. The House will act expeditiously." The full House is expected to vote on Wednesday.
Congresswoman Debbie Lesko, (R-Ariz).said:  “This is really a travesty for America and it's really tearing America apart. I have never in my entire life seen such an unfair rigged railroad job against the president of the United States. ... They predetermined they were going to do it and they did it, come hell or high water."
Three observations:
First, this impeachment vote- for or against- will follow that member of Congress for the rest of their career.  It may cost some members their seat in the upcoming election.  Congresswoman Kendra Horn, (D-OKC) represents OK district #5(a district Trump won in 2016) and is facing a tough reelection bid.  Horn has been quiet about how she will vote, but rest assured if her yes vote is not needed, the Democrat U.S. House leadership will let her vote no.  If Horn votes to impeach, her reelection chances are severely diminished.  She is one of three freshman Democrat House members facing the same dilemma.
Second, President Trump will not be removed from office.  Republicans control the Senate and it would take seventeen members of the Republican caucus to defect to gain the 2/3 majority needed for removal.  Senate Majority Leader Mitch McConnell said last week, "The case is so darn weak coming from the House. We know how it's going to end. There's no chance the president's going to be removed from office. My hope is that there won't be a single Republican who votes for either of these articles of impeachment, and, it wouldn't surprise me if we got one or two Democrats.”
Third, impeachment will now become common place.  Impeachment was put into the Constitution as a safeguard against self-dealing, dishonesty, treason, high crimes and misdemeanors.  It was never designed to be a political tool to remove a president with whom you disagreed with.   When you consider that only four presidents have faced impeachment in the last 151 years, it’s clear both major Parties understood that.  But this impeachment is different- it is completely political.  There is no lying under oath(Clinton).  There is no wide spread coverup(Nixon).  The Democrats are impeaching Trump because they don’t like him, his policies and his supporters.  That sets a precedence and in the future expect to see impeachment used against any president who is of the opposite majority Party in the House.
Posted by Steve Fair is a Jelly Salesman. at 9:31 AM