TRUMP IS NOT PERFECT, BUT APPEARS HEADED TO RE-ELECTION! 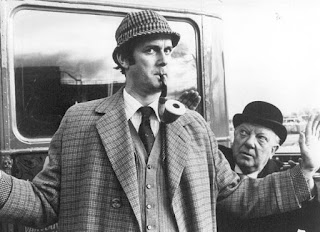 CIVILIZATION WILL SURVIVE!
by Steve Fair

“Civilization as we know it today is at stake in the next election, and certainly our planet,” Speaker of the House Nancy Pelosi said at a CNN town hall on Thursday evening after an audience member asked her about the importance of the 2020 election.   If that line seems familiar, it is often used in science fiction films to describe a pending attack from outer space.  An attack from Mars seems unlikely, but Pelosi is only slightly off on the importance of next year’s election.
As America celebrates the birth of Christ, the U.S. House leadership celebrates impeachment.   No date has been set for a U.S. House floor vote on impeachment, but it is clear the vote looms in the near future, maybe even before the end of 2019.  House Democrats have a sufficient number of votes to impeach President Trump.  The Ds do not have enough votes in the U.S. Senate to remove.  So why go through the theatrics to impeach if they know they can’t remove?  It is a strategy to energize their base.  According to 580.com, it is working.  Democrats are more fired up about the 2020 election than Republicans by 5.7 percentage points(46.8 to 41.1).  Expect Democrats to stay the course to keep their base engaged through November 2020.
First, President Trump is not perfect and he has made his share of mistakes.  Pushing through a tax cut that added trillions to the national debt was a short sighted strategy.  Getting tax cuts on the backs of our grandchildren isn’t the way to improve the country.  When you cut taxes, you have to cut spending and that hasn’t happened.  Trump’s trade war with China hasn’t worked out the way he said it would.  It ultimately may, but right now the tariffs are hurting American farmers and ranchers.  His picks for the Supreme Court have been great.  President Trump’s foreign policy- while unconventional- has had mixed results.  His supporters believe he is a messiah who walks on water- his critics believe he is the devil incarnate.
Second, President Trump appears on his way to re-election. The Democrats are struggling to find a candidate that can beat him because the Party is so fractured.  Union workers, who were once solidly in support of the Democrats, are a large block of voters the Ds can’t rely on anymore.   At the Town Hall, Pelosi said she did not want to ‘contemplate’ the possibility the President would be reelected.  But she better get ready because it appears Trump will be elected to a second term.
“ The Strange Case of the End of Civilization as We Know It” was a little known 1977 comedy starring John Cleese.  It is a spoof of the Sherlock Holmes detective series.  In the film, Cleese’s character, the grandson of Sherlock Holmes, says, “They never cease to astound me.”  Pelosi and the Democrat leadership never cease to bewilder, confound, and confuse the American people because that is precisely their goal.  Rest assured civilization and the planet will survive, no matter who is elected.