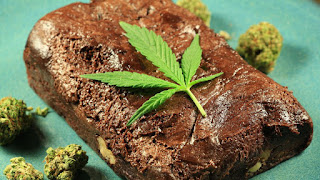 In June 2018 Oklahoma voters approved State Question788 by a 57%-43% margin.   The initiative petition state question legalized the licensed cultivation, use and possession of marijuana for medicinal purposes in the Sooner state.  The ‘specifics’ of how to implement the legalization was vague and confusion reigned.  Elected officials and the Oklahoma Department of Health attempted to restrict weed distribution by requiring dispensaries to have a pharmacist on duty. Several lawsuits resulted and state courts ultimately ruled that requirement was not necessary.  It has been two years since voters passed #788 and legalized medical marijuana.  What has been the result?

First, Oklahoma’s use of marijuana is the highest per capita in the U.S.  Almost 10% of the state’s population (more than 360,000) have obtained medical marijuana cards since #788 was implemented.  New Mexico, by comparison, has only about 5% of the population with cards.  Because it only requires a quick 5-minute consultation with a doctor and $60, virtually anyone can get a card.  A few doctors write the vast majority of the scripts for medical marijuana cards.

Second, retail dispensaries are everywhere.  There are over 2,000 active licenses across the state.  That is more than 25 dispensaries per county.  Even the smallest towns in Oklahoma have a marijuana dispensary. With the relative low cost of $2,500 to obtain a license to dispense, the opportunity to legally sell marijuana has attracted many entrepreneurs.

Third, state government are collecting taxes on marijuana sales.  Currently pot sales are generating about $100 million annually, but estimates are that up to $300 million annually could be collected.  Since Texas hasn’t legalized marijuana use yet, dispensaries near the border find a substantial amount of their business is from the Lone Star state.

What is the long-term impact of legalized marijuana on Oklahoma?  First, it could hurt economic recruitment to the state.  Forbes magazine found corporate America is not prepared to embrace legalized recreational drug use by their employees.  Manufacturers, in particular, are concerned about workplace safety. Tesla’s Elon Musk famously smoked a marijuana joint in a television interview, but said he thought long term weed use hurt productivity.  Clearly, legal marijuana use wasn’t a factor when Musk passed on Tulsa as a manufacturing site for his new pick-up truck for Austin, Texas.  Second, increased marijuana use can lead to increased uses of harder drugs.  According to the National Institute on Drug Abuse, marijuana use is likely to precede use of other illicit substances.  Oklahoma already has one of the highest opioid addiction rates in America.  Third, increased consumption of pot could create an increase in social issues, which cost taxpayers.  Oklahoma has high rates of domestic abuse and child abuse.  Oklahoma ranks #46 in the United States for poor health behaviors, with high rates of diabetes and heart disease.  Increasing costs of social issues created because citizens make bad decisions cost money.  If 10% of the population starts regularly smoking weed, it’s a cinch social ill will increase and taxpayers will pay the cost.  Ironically, Oklahoma’s libertarian, freewheeling, open-minded reputation (legalized gambling and marijuana) has earned the state the nickname Toke-lahoma.   That wasn’t what the average Oklahoman was voting for when they voted for SQ# 788, but that is what they got.  Pass the brownies.

Posted by Steve Fair is a Jelly Salesman. at 8:12 PM