GOP MUST BECOME RELEVENT ALL THE TIME- AT EVERY LEVEL! 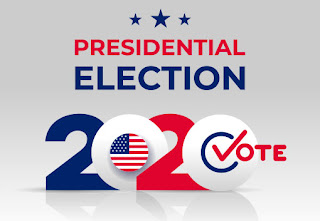 10 LESSONS FROM THE ELECTION

(1)    Democrats have a history of cheating.  Starting with the 1960 presidential election(Kennedy vs. Nixon), Democrats seem to wait until the election results are almost in and then ‘discover’ more ballots for their candidate.  It always happens in large urban areas under Democrat control.   This year, it was Philadelphia, Detroit and Atlanta.  In 1960, it was Chicago.  The U.S. Constitution says STATES conduct their election for president and report their results to Congress.  It is past time for STANDARDIZED rules across all 50 states for the presidential race.  When Oklahoma- and most other states- can report their results in 2 hours and it takes some states 2 weeks, it’s clear some shenanigans are going on.

(2)    Trump should have let Biden talk at the first debate.  If the strategy was to rattle the former VP at the first debate, it didn’t work.   Biden is not a strong public speaker.  He gets confused and he makes mistakes.  Think of the material that could have been gleaned from Biden’s own words on a radical agenda if he would have been allowed to talk?  Trump missed an opportunity.

(3)    Conservative principles and ‘the cause’ are bigger than one person.  Trump is a cult of personality and his policies did advance many conservative causes, but the movement should be more than one person.  Time will tell if Trump supports believe in the cause?  Ron Paul was a cult of personality and some of his followers have stayed ‘hooked up,’ but the vast majority gave up political involvement.  In our ‘instant gratification’ culture, most will not stay with politics.  The payoff isn’t quick enough.

(4)    Confidence in the integrity of an election is fundamental.  Without honesty and integrity in the election process, we don’t have a country.  This is probably the single most disturbing lesson from the election.  When a major Party will send out unsolicited ballots and not verify who is sending them back in, then how can you trust anything they say or do?  The Democrats have advocated for same day registration.  They oppose voter ID.  Why?  Because they know that many of their voter base are illegal and not eligible to vote.

(5)    President Trump’s re-election strategy was wrong.  Those large rallies fired up his troops, but it also fired up the opposition.  Voters were voting for Trump or against Trump.  Few were rabid Biden fans.  A stealth campaign targeting voters wouldn’t have awakened the anti-Trump crowd.  Pappy O’Daniel’s  ‘mass communicating’ didn’t work.  It would have been difficult with a pandemic underway, but local Republican candidates did it.

(6)    Lack of faithful engagement in the political process by the vast majority is why we are where we are.  The vast majority of voters in America are low information voters.  That has to change if America is to be changed.  People have to pay attention all the time- even on off election years.  Putting a Trump flag on your car or truck and participating in a Trump Train shows support, but staying engaged in the political process- particularly at the local level- will result in a longer lasting impact.

(7)    Allow those who invested in the campaign time to mourn.  Monday morning arm chair political observers who have never put up a political sign or knocked a door telling longtime political activists to accept the results is irritating.    It’s inappropriate.  These so-called experts now tell people who have invested time, talent and treasure in a cause are supposed to simply accept the results with a smile?  Few can do that, even if they do believe God sets up kings and is in control.

(8)    The Republican Party needs a reboot.  President Trump is not a traditional candidate or president.    Many of his supporters are Trumpers first and Republicans second.  It remains to be seen who will take up that mantel?  The GOP could be more divided than ever.  Those who want leaders who are more traditional and those who like the Trump style.  Bear in mind that under President Trump the national debt increased to 27 trillion dollars.  He didn’t reduce the size of government.  That is an important issue to most traditional Republicans  The Republican Party- at all levels-needs to find a way to be relevant ALL THE TIME, not just on election years.  That requires hard work and dedication that few are willing to take up.  We should be engaged in school board and city council races and policy, not just statewide and federal races.  That takes leaders who are willing to do more than take selfies with elected officials and make speeches.  It takes leaders who will get in the trenches with the troops and lead by example.

(9)    Democrats will move the U.S. further left?  Biden has already said he would rescind Trump’s executive orders on immigration and the Keystone pipeline.  Get ready to pay higher taxes and higher gasoline prices.  Socialism is on the move.  If you don’t believe it, read Biden’s acceptance speech.  If the Democrats get both chambers of Congress, they will push through a radical agenda on the environment that will make Obama Care look like child’s play.

(10)God wasn’t taken by surprise at the election results.  He sets up kings and brings them down.  All authority comes from Him.  Believers need to recognize He will give us what we need- even if it’s a good starving.   If a lesson is to learned from this election, it is that no matter how hard you work, sometimes God doesn’t give you what you want.  The good news is what He gives us works out for our good.  Jeremy Fair (my son) preached a sermon on Sunday November 8th every American believer should listen to.  The link is for the whole service.  Jeremy’s sermon starts at 30:00