Biden Executive Order will not stand up to Constitutional Scrutiny! 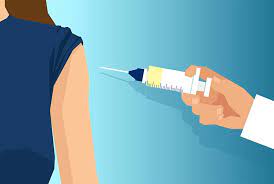 On Thursday, President Joe Biden announced sweeping new COVID vaccine mandates.  In an Executive Order (EO), the POTUS ordered all business with more than 100 employees to require their workers to be immunized or face weekly testing.  Biden also said he would require health care facilities that accept Medicare or Medicaid funding (pretty much all of them) to vaccinate their employees.  The EO also compels all federal employees to get vaccinated- without the weekly testing option available to private business employees.  Biden’s tone was more antagonistic toward the unvaccinated on Thursday.  “We’ve been patient, but our patience is wearing thin,” Biden told the unjabbed.  Three observations:

First, Biden’s position on mandating vaccinations has changed.  In July 2020, candidate Biden said he would not force anyone to be vaccinated.  “No, I don’t think it should be mandatory. I wouldn’t demand it be mandatory,” he said when questioned by reporters.  In fact, he was critical former President Trump had rushed the vaccine for use.  As late as July 23rd, the White House maintained Biden’s position had not changed on mandatory jabs.  “There will be no nationwide mandate,” WH Press Secretary Jen Psaki said.

What changed in six weeks?  “We’re in a tough stretch and it could last a while,” Biden said on Thursday.  The truth is Biden’s position changed because his approval numbers dropped.  He has failed to deliver on his campaign promise to slow the spread of COVID.  According to the CDC, the highly contagious delta variant has resulted in 150,000 cases a day in the U.S. and 1,500 deaths daily.  Biden’s senior advisors believe his not delivering on his campaign promise to stop COVID could derail the rest of his presidency.

Second, Biden’s EO will not stand up to scrutiny in the courts.  It is not the job of the federal government to force Americans to take the vaccine.  The Executive Order violates the U.S. Constitution.  That opinion is shared by many that are advising Biden.  Earlier this year, Dr. Anthony Fauci said, “We don’t want to be mandating from the federal government to the general population.  It would be unenforceable and not appropriate.”   Psaki said in that same July news briefing, “Mandating vaccinations is “not the role of the federal government.  Our interest is very simple, from the federal government, which is Americans’ privacy and their rights should be protected.”  Speaker of the House Nancy Pelosi, (D-CA), said last month; “We cannot require someone to be vaccinated.  That’s just not what we can do.”    Several governors have already said they would challenge Biden’s EO in court.  Hopefully the SCOTUS will take quick action and strike down Biden’s EO.

Third, COVID has been politicized.  Politician types never let a crisis go to waste- even a pandemic.  “These ‘pandemic politics,’ as I refer to it, are making people sick, causing unvaccinated people to die,” Biden said. “We cannot allow these actions to stand in the way of protecting a large majority of Americans who have done their part.”  Biden is right.  He has played politics with COVID.  His flip flop on mandatory vaccinations is a classic example.

Biden’s EO creates a Constitutional crisis.  If a president can, with a stroke of the pen, force Americans to put something in their body they don’t want to put in it, then America ceases to be America.  If the courts ignore the Constitution and rule in Biden’s favor, America is doomed.  Individual liberty is the foundation of the republic.  It is not the job of the government to protect ourselves from ourselves.  Each person has a right to make their own decision on vaccination.

Posted by Steve Fair is a Jelly Salesman. at 8:28 PM