Taxpayers should know where their money is being spent and elected officials should welcome audits! 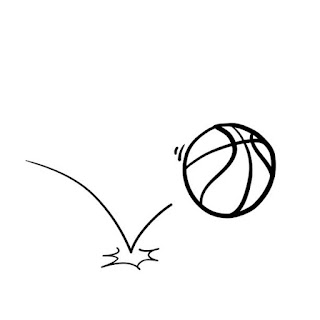 In the 2018 Republican gubernatorial primary, then candidate Kevin Stitt promised to have the State Auditor and Inspector audit every major state agency if he was elected.  He wasn’t the only one- every candidate followed then State Auditor Gary Jones’ lead and said they would audit every dime of taxpayer dollars, but then the campaign ended and the promises forgotten-until this week.

On Thursday, Governor Stitt announced he has asked Cindy Byrd, the Oklahoma State Auditor to audit the Oklahoma State Department of Education (OSDE).  The governor said he wants all revenue sources flowing into the ODSE identified.  OSDE has many buckets of revenue- state funds, federal funds, state appropriations, taxes, and fees.  The audit is also to determine whether OSDE and Oklahoma school districts are complying with financial transaction reporting requirements.

“I promised Oklahomans that as governor I would clean up state government to make it more transparent and accountable and I am keeping that promise. As we make record investments in our public education system, students and parents deserve to know that their schools are spending our tax dollars appropriately and in accordance with the law,” Stitt said in a press release.

“This type of audit has never been conducted in the history of Oklahoma and, perhaps, the nation,” State Auditor Cindy Byrd said. “As always, these audits are about transparency and accountability to taxpayers. I commend Gov. Stitt for requesting this audit. People want to know how their tax dollars are spent on education.” State Superintendent of Public Instruction (SSPI) Joy Hofmeister says the audit is an attack on public education.

"As the Governor should already know, the OSDE has undergone more than 20 financial, compliance and programmatic review audits by the state auditor’s office in the last 6-1/2 years. Additionally, the Governor’s hand-picked Secretary of Education approves every agency expenditure over $25,000 on a weekly basis. Every single spending request has been personally approved by Secretary Ryan Walters. The Governor’s call for an audit is yet another attack on Oklahoma’s public education system,” Hofmeister said in a press release.  Three observations.

First, better late than never.  Education (secondary and higher ed) receive more of Oklahoman’s hard earned tax dollars than any other state agency. It is long past time for a comprehensive audit of the OSDE.  It should be regularly audited and it shouldn’t require special action to get it done.  All state agencies, not just OSDE, should face the same scrutiny.

Second, Stitt’s timing on the request looks political.  An audit will take some time to complete.  Release of the findings will be in 2022, an election year.  The primary election is in June 2022.  Stitt’s Secretary of Education, Ryan Walters is an announced GOP candidate for SSPI- the office Hofmeister is termed out of.  Both Stitt and Byrd have announced they are seeking reelection in 2022.  If the audit finds some shenanigans, they all look good in the eyes of the voters.  Back in November 2020, twenty two(22) legislators asked the governor to request a full blown investigative audit of the OSDE.  Why wait ten months to make that request?  As they say, timing is everything.

Third, an audit is not an attack.  It is a tool to verify tax dollars are being spent as they should be.  Honest, ethical elected officials should never fear an audit- they should welcome them.  Most auditors are watchdogs, not bloodhounds.  Taxpayers have a right to know where and how their money is being spent.  It is never a waste of tax dollars to look at the books.

Lou Holtz says, “The man who complains about the way the ball bounces is likely to be the one who dropped it.”  It will be interesting to see which way this ball bounces.

Posted by Steve Fair is a Jelly Salesman. at 1:05 PM