Out of Control Government Spending will annihilate America before COVID does! 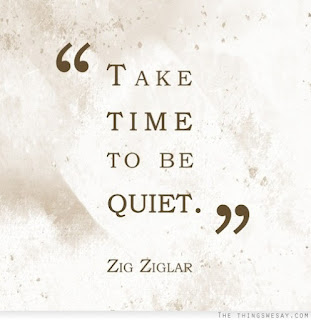 Speaker of the House Nancy Pelosi, (D-CA), has scheduled a vote on Thursday on the Senate passed bipartisan $1 trillion infrastructure bill.   The bill passed the Senate by a vote of 69-30 last week.  Nineteen (19) Republicans joined fifty (50) Democrats to push the bill over the top.  Both of Oklahoma’s U.S. senators voted no.  President Biden claims the money will add 2 million jobs per year over the next ten years.  The money is earmarked for roads/bridges, modernizing of public works, and boosting broadband internet.

Pelosi is struggling to get the votes necessary to get the bill passed.  She delayed the floor vote to work on getting some of the more moderate Democrats to vote for it.  They wanted the much larger $3.5 trillion relief bill passed first.  It would pay for new family, health and education programs, among other liberal priorities.  Since March of 2020, over $7 trillion dollars of tax dollars has been spent in the name of COVID.   Three observations:

First, the economic response to the virus may economically kill the U.S.  Spending we don’t have on programs we don’t need will result in mortgaging our grandchildren’s future. Handing out money to able bodied Americans to not work has resulted in a labor shortage for businesses all over America.  Employers hiring entry level/minimum wage employees are struggling to find workers who will show up.  Rewarding inactivity and nonproductivity is never a good strategy.

Second, there is just so much a government can borrow without raising interest rates and crowding out private investment.  Because of the federal response to the pandemic, the national debt as a percentage of the Gross Domestic Product is now over 100%.  In times of war and crisis, spending more than revenue may be necessary, but the wild, crazy spending the government is doing is shortsighted and reckless.

Third, spending tax dollars is a non-partisan activity.  It doesn’t seem to matter the political Party designation.  Republicans spend at a lesser rate than Democrats, but they still spend.  ‘Bringing home the bacon,’ or earmarks help keep incumbents in office.  Taking credit for spending our money is what most politicians do best.  There doesn’t seem to be the political will to cut spending and reduce government’s footprint.  President Reagan was right when he said, “No government ever voluntarily reduces itself in size.  Government programs, once launched, never disappear.  Actually, a government bureau is the nearest thing to eternal lie we’ll ever see on this earth!”

2022 elections are coming up and candidates are emerging.  When interacting with a candidate, don’t editorialize or present them with your opinion or solution on an issue.  Ask them direct, concise questions and let them answer.  Don’t tip them off as to how you want them to answer.  Zig Zigler said, “Take time to be quiet.”   It’s the voter’s job to vet candidates and you can’t do it talking- you have to listen.  Until we get leadership with resolve, out of control government spending will continue and it will annihilate our country as we know it.

Posted by Steve Fair is a Jelly Salesman. at 8:27 PM