Fauci- and others- have put the politics in COVID! Time for him to GO! 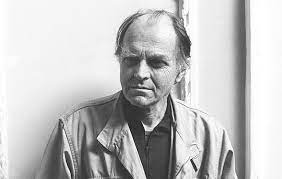 Dr. Anthony Fauci is the director of the National Institute of Allergy and infectious Diseases (NIAID), a part of the U.S. Department of Health and Human Services.  He also serves as the Chief Medical Advisor to the President.  Facui, 80, has served in the public health sector for more than fifty years and been an advisor to every U.S. president since Ronald Reagan.  When former President Trump created the White House COVID Task Force, Fauci served on the committee and became a spokesperson for the POTUS.   Last week, Fauci said on Face the Nation those who criticize him are criticizing science, because he ‘represents science.’   Critics attacked the statement.  “The man thinks he is some kind of deity.  His argument is essentially…I am the science!  I am the truth,” Fox News Laura Ingraham said.  U.S. Senator Marsha Blackburn, (R-TN), accused Fauci of ‘cherry picking’ facts on the science.  On the same program, Fauci said that Republicans had used him as scapegoat on COVID.  Three observations:

First, Dr. Fauci has been consistently inconsistent on COVID.  In January 2020, he said COVID-19 did not present a ‘major threat’ to the American public.  By March 2020, he had changed his mind and predicted the fatality rate from COVID-19 would be close to 1%- ten time higher than conventional flu.  He initially told the public masks were ineffective and urged the public to not use them.  He later changed his mind and said they should be mandated.   Fauci suggested for months COVID-19 could not have leaked from a lab in Wuhan, China, but has since said that theory can’t be dismissed.

Perhaps Fauci is an advocate of Paul Feyerabend’s ‘theory of error,’ which states science should not look for infallible rules that lead to the approximation of the truth.  Feyerabend’s theory criticized the idea science could be governed or regulated by a set of fixed rules and encouraged scientists to recognize error and learn to live with it.   Feyerabend’s theory requires honesty and humility from a scientist.  Not likely Fauci is a proponent.

Second, Fauci’s criticism of his critics undermines his creditability.  When he states his critics are being political, but he attacks them on issues unrelated to COVID, he is being political.   The fact is Fauci is a government bureaucrat, who is very political, because he is in the political arena.  The general public doesn’t know what to believe.  Wear masks- don’t wear masks?  Get vaccinated or don’t get vaccinated?  Listen to your medical professional and the CDC or ignore them?  Fauci likes to paint himself as taking the high road, but he rarely does.  Often his critics are no better- grandstanding by using COVID to self-promote.  In the confusing time of COVID-19, Americans need the truth.  They don’t need a spin doctor whose creditability is questionable at best and politicians whose goal is to amour propre.

Third, disagreeing with Fauci doesn’t mean disagreeing with science.  Fauci’s statement that ‘he represents science’ is arrogant, haughty and pompous.  Science is defined as the intellectual and practical activity around the systematic study of the physical and natural world through observation and experiment.  Observation and experiment!  Scientists are human and their opinion is to be based on the facts as they know them.  But at best, it is still an educated guess.  Many highly educated, trained scientists disagree with Anthony Fauci’s conclusions on COVID.  Their observation and experience have them reaching a different interpretation.

Americans need honesty and straight talk on COVID-19.  Dr. Anthony Fauci is not the right person to do that.  He has proven he is too political.  Get someone who believes in the theory of error

Posted by Steve Fair is a Jelly Salesman. at 4:03 PM