AMERICA NEEDS TO REVERSE CHANGE BACK TO CORE VALUES! 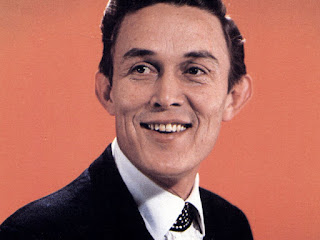 Change is inevitable.  Change is constant.  Only those who embrace change will survive.  Albert Einstein said, “The measure of intelligence is the ability to change.”  President John F. Kennedy said, “Change is the law of life, and those who look only to the past and present are certain to miss the future.”  The gospel of ‘change’ is drilled into young impressable minds from an early age.  Hundreds of books are written each year enumerating recipes for making oneself a ‘change agent.’  Three thoughts on change:

First, change is not always positive.  America has changed- a bunch.  A nation built on the fundamental tenet of liberty and justice for all now limits liberty and rejects justice.  Civility in the U.S. is dead.  Showing respect for differing opinions is a sign of weakness in modern day America.  Humility is for the feeble and puny.  Compassion is for the frail and decrepit.  Character traits that were once admired in the U.S. are now despised.  Attributes that in the past were thought of as unsavory are palatable.

Second, change for the sake of change is not positive.  Change for the wrong reason results in confusion, disorganization and skepticism.  An excellent example is the Affordable Care Act.  America’s health care system changed radically under President Obama.  Despite the U.S. now spending far more per capita on healthcare than other high-income nations, it still scores poorly on life expectancy, suicide and maternal mortality.  The change in health care has resulted in poorer care at a higher cost.  There are hundreds of examples of legislation(laws) at the federal and state level either unnecessary or that resulted in ‘unintended consequences.’ That is not positive change.

America needs to reverse the changes that have moved the country from it’s founding documents and principles.  In a self-governed system, that responsibility rests squarely on the shoulders of individual citizens.  It’s time to adjust the sails.

Posted by Steve Fair is a Jelly Salesman. at 7:35 PM