BIDEN'S PRESS BRIEFING LIKE HIS POLICIES- PUZZLING AND CONFOUNDED! 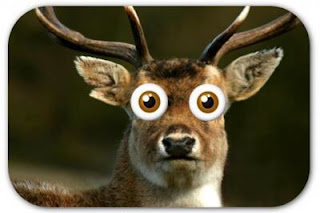 DEER IN THE HEADLIGHTS

First, Biden continues to blame Republicans for his inability to get his agenda passed by Congress. “What are Republicans for?”, Biden asked during the news conference.  Well, Republicans are for having safeguards at the ballot box like voter ID to insure those who are voting are who they say they are.  They are for working to ensure votes are counted correctly and honestly.  The voter rights act undermines both of those principles.  It puts the federal government in charge of elections, which is unconstitutional.

The reason Biden hasn’t been able to get his agenda passed is not the Republican Party’s fault.  The blame belongs to Democrat leadership who cannot hold their caucus together.  Democrats control both chambers of Congress by narrow margins.  On Wednesday, two Democrat Senators- Sinema of Arizona and Manchin of West Virginia voted with the fifty Republican senators to defeat the controversial so-called voter rights bill.   Biden wants a bipartisan coalition to pass his ideas, but his ideas are so polarizing that even some in his own Party can’t support them, his outrage is misdirected.

Second, Biden’s foreign policy is murky.  During the news conference Biden said, “I think that Russia will be accountable if it invades(the Ukraine) and it depends on what it does.  It’s one thing if it’s a minor incursion, and then we end up having a fight about to do and not do,” the POTUS said.   One reporter questioned why Biden was giving Vladimir Putin permission to invade the Ukraine.  Biden tried to walk back the statement in his answer and the White House issued a statement after the news conference that contradicted what the POTUS had said at the podium.  President Biden has been critical of President Trump’s foreign policy.  But Trump’s foreign policy had more clarity and he never publicly granted Russia permission to invade a country.

Third, Biden admitted inflation is a problem.   “We have faced some of the biggest challenges that we’ve ever faced in this country these past few years.  We need to get inflation under control,” Biden said.  The POTUS went on to blame consolidation in certain market sectors for fueling inflation.  “A handful of giant companies dominate the market in sectors like meat processing, railroads, shipping and other areas.  That isn’t the only reason we have inflation, but it is one reason,” Biden said.  What?

Consolidation in business has been going on for thirty years.  Most of it was caused by government regulations and tax laws that forced small family farms, food processors, retailers and hundreds of other businesses to sell out to larger concerns.  The lack of diversification in 2022 was created as the result of bad government policy in 1970.  Blaming the monster, you created for the terror it creates is dimwitted and myopic.

Biden appeared to be confused, befuddled, and baffled during the two-hour briefing.  He looked like a deer in the headlights.  Those who have known Biden for decades say it was Biden being Biden.  That explains why his handlers keep him away from the press, but the POTUS has a moral obligation to regularly address the American public.  It would be nice if it would was in an understandable, logical way, but that is probably too much to ask. Biden’s press conferences are like his policies-puzzling, and confounded.

Posted by Steve Fair is a Jelly Salesman. at 1:19 PM

I agree with a lot of what you've said, but, come on, Steve. It's not called "the Ukraine" anymore. The use of the article adjective before the country's name is a relic of the past. The nation's constitution reinforces the use of "Ukraine" as the sole name of the country without any alternative names listed. Saying "the Ukraine", I'm going to assume, is an innocent mistake, given the nature of usually benign words like "the", but it could also be seen as a reinforcement of the idea that Ukraine as a sovereign nation is still strongly a part of the Soviet Union, which dissolved some 30 years ago. This usage just does not look good when talking about the nation in today's political landscape, even without considering the threat of war with Russia.