GRAHAM HAS LEVERAGE IN SCOTUS NOMINATION PROCESS BUT HIS TRACK RECORD IS NOT CONSERVATIVE! 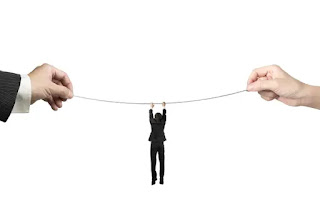 Last week, U.S. Supreme Court Justice Stephen Breyer announced his retirement from the high court at the end of the current court session.  Breyer, 83, was nominated to the SCOTUS by former President Bill Clinton and has served 28 years.  He has been a reliable liberal vote on the court.

First, there is no margin for error with this nomination.  The U.S. Senate confirms the president’s nominee.  The Senate is spilt 50 Ds/50Rs.  Vice President Harris casts the tie breaking vote, which gives Democrats majority control.  A power sharing agreement between Senators Schumer and McConnell, has each Senate committee with equal numbers of Democrats and Republicans.   Before the vote comes to the floor, the nominee must be passed by the judiciary committee.  If Republicans hold the line, they could hold up a nominee in committee and prevent a floor vote.

In 2016, former President Obama nominated current Attorney General Merrick Garland to the high court, but the nomination never got to the floor because Republicans controlled the Senate.  In 2022 the Democrats in theory control the Senate, but in practice the chamber is evenly spilt.  That means President Biden must include Republicans in his discussion on a nominee and not alienate any Democrats.  With two Democrat Senators recently voting with Republicans to block some of Biden’s signature legislation, it makes getting a nominee confirmed a challenge for Biden.  He is walking a tight rope to get a nominee confirmed before mid-terms.

Second, affirmative action shouldn’t be a factor in the nomination.  The nomination is Biden’s sovereign decision, but he should be looking for the most qualified candidate, no matter their race, sex, creed or color.

Senator Roger Wicker, (R-MS) said: "The irony is that the Supreme Court is at the very same time hearing cases about this sort of affirmative racial discrimination (college admissions) while adding someone who is the beneficiary of this sort of quota."

Senator Lindsay Graham, (R-SC) disagrees with his colleague.  “Put me in the camp of making sure the court and other institutions look like America.  Affirmative action is picking somebody not as qualified for past wrongs.  Michelle Childs is incredibly qualified.” Graham told Politco.

Graham is promoting Judge Michelle Childs, a U.S. District judge in his home state of South Carolina.  Childs, 55, rulings have been reliably liberal and she is listed on Biden’s short list.  Graham is the on the judiciary committee (Wicker isn’t) and he could be the key vote to getting a nominee through committee.   “She’s one of the most decent people I’ve ever met.  I cannot say anything bad about Michelle Childs.  She’s an awesome person,” Graham said.

Likeability and temperament are important traits, but the job of judiciary committee members is to vet potential justices on how they will rule, not grade their personality.  Would Childs rule based on a literal interpretation of the intent of the writers of the Constitution?  That is highly unlikely based on her rulings in South Carolina.

Third, Biden is being urged to act with a sense of urgency.  Democrats are worried because Biden has a record of missing deadlines.  Former Senator Majority Leader Tom Daschle, (D-SD), said, “You don’t know what circumstances may bring, whether it’s the loss of a member(Senator) or somebody crossing other to the other Party. That should be very much on their minds right now.”  An illness, death or retirement of a member could derail a nominee being confirmed.

In 2020, Justice Amy Coney Barrett was confirmed within a month of nomination, but Republicans controlled the U.S. Senate.  Biden’s nominee will necessarily require at least one Republican on the Senate judiciary committee to vote with the Democrats to move to a floor vote.

Senator Graham may have as much to say who the SCOTUS nominee is as the president.  Graham’s spotty, unreliable, inconsistent record on conservatism has been disappointing to say the least.  Expect it to continue through this tight rope process.

Posted by Steve Fair is a Jelly Salesman. at 2:48 PM

"Graham’s spotty, unreliable, inconsistent record on conservatism has been disappointing to say the least."

You just brush this off as a given, but personally I would like to know more about your opinion on Graham. No, not the track record of his votes in the Senate that I can research online. More specifically, is it your opinion that Graham should be a hardline, far-right conservative on every issue brought to his desk, or would you not be opposed to the idea of a Republican congressman speaking positively of a liberal? You assert that his record is disappointing, but why?