VOTERS SHOULD LEARN TO VET CANDIDATES & NOT GET CAUGHT IN THE VORTEX! 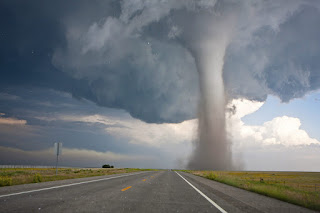 Last week, a host of candidates filed for office in Oklahoma.  The Sooner state is one of only two that have both U.S. Senate races on the ballot (California is the other) in 2022.  A total of 26 candidates filed for the two seats.  13 Republicans filed for the seat currently held by U.S. Senator Inhofe.  U.S. Senator James Lankford, up for re-election, faces 2 opponents in the GOP primary.  The 2nd Congressional district seat, currently held by Congressman Mark Wayne Mullin, who is running for the Inhofe senate seat, has 14 Republicans vying to replace him.

Governor Kevin Stitt faces 3 primary opponents.  Lt. Governor Matt Pinnell has no Republican opponent.  State Auditor Cindy Byrd faces a Republican primary opponent and State Labor Commissioner Leslie Osburn has 2 GOP opponents.  3 statewide ‘open’ seats (no incumbent) drew multiple Republican candidates.  There are 3 GOP candidates for State Treasurer, 3 for State Superintendent of Public Instruction, and 4 for Corporation Commissioner.  The Attorney General race has 2 Republicans facing off in the primary.  The current AG was appointed by Governor Stitt, so technically it is an ‘open’ seat as well.  Only 1 statewide elected official did not draw an opponent, Insurance Commissioner Glen Mulready.

First, Oklahoma Republicans will need to buy bigger mailboxes and stop watching TV.  GOP voter’s mailboxes are about to be full.  With the Republican primary just 70 days away (Tuesday June 28th), candidates will be bombarding voters with multiple mail pieces.  Slick, well produced television ads will dominate the airways.  Facebook, Twitter and other social media platforms will be flooded with political content.

Candidates will tout their superior qualifications, intelligence, judgment and their opponent’s shortcomings and deficiencies.  The truth in labeling Act doesn’t apply to politics, so not everything that will be mailed will be truthful.  Campaigns bank on ‘low information’ voters(people who only pay attention every two years).  That avoid the hard issues and instead appeal to voters on an emotional level, because it is a proven tactic.

Second, voters need to learn to properly vet candidates.  Don’t begin questioning a candidate with an editorial statement of your position on the issue.  You are not the candidate.  The goal is to find out what the candidate’s stance is on the issue. They are the one casting the vote.  Listen carefully to the candidate’s respond and insist the question is answered clearly and concisely.  When viewing campaign ads and material, recognize candidates always paint themselves in a positive light and their opponent in a negative light.  Ask people who are more engaged than you in the political process about candidates.  Pray and ask God to give you insight and discernment about who to cast your vote for.  Don’t base your voting decision on a yard sign, a mail piece, a TV ad, or an eloquent speech.  Your vote is a sacred right- cast it wisely.  All candidates/politicians are not alike.  Be an informed voter.

Third, respect all who run for office.  It takes courage and resolve to file for office.  In a self-governed system of government, having good people put themselves up for scrutiny by running for elective office is no small thing.  You can disagree with their ideas without being disrespectful, insulting, or mean-spirited.

In 70 days, most of the statewide races will be decided.  Democrats have a slim chance of winning a statewide race in Oklahoma, so whoever wins the GOP primary will likely cruise to victory in November.  Get ready for a political tornado the next 2 months.  Don’t get caught in the vortex!

Posted by Steve Fair is a Jelly Salesman. at 6:18 PM