BIDEN SHOULD SUBMIT TO A COGNITIVE TEST & RESULTS SHOULD BE RELEASED TO THE PUBLIC! 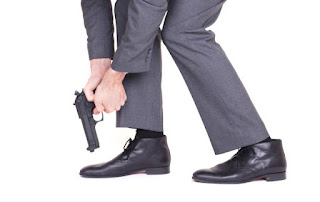 A gaffe is an unintentional act or remark-a blunder- causing embarrassment to its originator.  Everyone makes gaffes because no one is perfect. Politicians in both Parties make gaffes all the time.  Michael Kinsley, former host of CNN’s Crossfire, coined the term ‘Kinsley gaffe’ to when a politico tells the truth- some obvious truth- they weren’t supposed to say.  Politicos don’t make many of those.

One of the most famous political gaffes was in 1984 when President Reagan, while prepping for his weekly radio address, decided to make a joke, unaware his microphone was on.  “My fellow Americans, I’m pleased to tell you today that I’ve signed legislation that will outlaw Russia forever.  We begin bombing in five minutes,” the Gipper said.  Given this was during the peak of the Cold War, the comment sparked fear among U.S. citizens and panic among Russian authorities. All-out war was averted when those in control of both militaries took the remark for what it was…an ill-conceived attempt at humor.

First, everyone makes mistakes.  No one is perfect.  A scribers error by a speechwriter or a misspoken word by a candidate/elected official in a speech will happen.  It is not always reflective of their cognitive ability or mental health.  Citizens shouldn’t get so energized and worked up over miscues and bloopers.  They should be more concerned with policy and issues.

Second, the media has a double standard in regard to gaffes.  President Trump’s mistakes and gaffes were spotlighted and headlined, while those by Biden and the Democrats are largely ignored.  For example, this week, speaking from the White House, President Biden tried to acknowledge the late Rep. Jackie Walorski (R-IN), despite the fact she died in a car crash in August.  The gaffe was largely ignored by the media.  If Trump had made that mistake, it would have been the lead story for a month.

On Thursday, Vice President Kamala Harris mistakenly touted the United States ‘alliance with the Republic of North Korea’ in a speech from the DMZ.  Clearly, Harris meant South Korea, but little was made of her lapse by the media.  When then VP candidate Sarah Palin said America should stand with our North Korean allies, networks broke into regular scheduled program to point out the error.  The media ignores Democrat gaffes and sensationalizes Republican ones- a clear double standard.

Third, Biden’s recent gaffes appear to reveal cognitive decline.  Republicans and Democrats alike have questions about the POTUS’ cognitive ability.  In July, Rep. Ronny Jackson, (R-TX), sent a letter to Biden’s physician asking Biden to undergo a cognitive test and to share the results with the American people.  Jackson is a former White House physician, serving in the administrations of George W. Bush, Barack Obama, and Donald Trump.  A cognitive test for a POTUS is not unprecedented.  In 2018, following calls from Democrats and the mainstream media, Jackson, as WH physician, gave President Trump a cognitive test and the results released to the public.

“I have long said there would come a time when I was not the only one discussing Joe Biden’s cognitive decline. That time is now. As Democrats in the West Wing and the broader Democrat Party express discontent about his age-related decline, it should be clear now more than ever to President Biden, Dr. O’Connor, and Dr. Fauci that it is time to submit to a cognitive test. This is not a political issue, it’s common sense,” Jackson said.  The American people have a right to know if the POTUS is in cognitive decline.  Biden should submit to the test.

Anne Shirley of Anne of Green Gables said, “Isn’t it nice to think that tomorrow is a new day with no mistakes in it yet.” Nice to think that way Anne, but unrealistic- everyone makes mistakes/gaffes/errors.  Americans shouldn’t focus on lapses or misspeaks.  They should be fixated on policy- specifically on how much of their money the government is spending in these challenging economic times.

Actually, you are the one that is deluded. Much like your orange buddy. How about this - I will show you mine if you show me yours. NO? Then STFU.