“Those who do not remember the past are condemned to repeat it.” 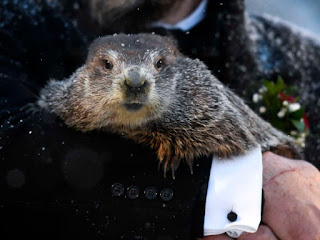 On Tuesday, former President Donald Trump announced he was running for the Republican nomination in 2024.  “In order to make America great and glorious again, I am tonight announcing my candidacy for president of the United States,” he told the crowd gathered at Mar-a-Lago. “America’s comeback starts now,!” Trump proclaimed.

Some of Trump’s family isn’t on board like they were in his previous two campaigns.  Ivanka Trump Kushner, the ex-president’s daughter and former advisor, did not attend the announcement and issued a statement after the declaration of her father.  “While I will always love and support my father, going forward I will do so outside the political arena,” Trump Kushner said.  Her husband, Jared Kushner, a former senior advisor to the president, did attend the announcement, as did sons Eric and Barron, but Donald Trump Jr. was not in attendance.

Former White House chief of staff Mick Mulvaney(who served 15 months in the job) said Trump was the only Republican who could lose in 2024 and it would be a mistake to nominate him.  Outgoing Maryland Governor Larry Hogan agreed.  Sen. Richard Burr, (R-NC), who is retiring after 28 years in Congress, said he could care less about Trump’s announcement.  It is not unheard of for an ex-president to covet moving back to the White House.

Three ex-presidents in American history have come back and ran for the job.  President Ulysses S. Grant served two terms as POTUS from 1869-1877, but declined to run for a third term.  He changed his mind in 1880 and ran for the Republican nomination, but lost to James Garfield on the 36th ballot.

After losing to FDR, President Herbert Hoover ran for the GOP nomination in 1936 and 1940, but failed to win the Party’s nod.

Three other former presidents tried to get their old job back by running as third-Party candidates. Martin Van Buren ran eight years after he was defeated and came in third and got no electoral votes.   Millard Fillmore created the Know Nothing Party’s nomination in 1852,  and finished third with 21% of the popular vote and got eight electoral votes.  Could it have been the Party’s name?

President Grover Cleveland is the only former president who has come back after being defeated for reelection to win a second nonconsecutive term.  Cleveland was the 22nd and the 24th president with Benjamin Harrison the 23rd.  Cleveland, the former governor of New York, beat Harrison in the rematch in 1892.

Will Donald Trump be successful and serve a second nonconsecutive term like Grover Cleveland?  Will history repeat itself and Trump win a rematch against Joe Biden like Cleveland did against Harrison?  Will Trump be like Grant and Hoover and fail to get the GOP Party nomination?  If he lost the nomination, would he follow Teddy Roosevelt’s example and create a third-Party?  It remains to be seen how it plays out, but one thing is certain: 2024 is taking shape to be an eventful election.

American philosopher George Santayana famously said, “Those who do not remember the past are condemned to repeat it.”

Phil Connors in Groundhog Day put it in more contemporary terms: “I wake up everyday, right here in Punxsutawney, and it’s always February 2nd, and there’s nothing I can do about it.”  That’s how most Americans feel about politics and their government.

Posted by Steve Fair is a Jelly Salesman. at 2:00 PM