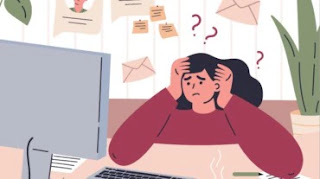 On Tuesday November 8th, America votes.  As of this writing, Republicans are expected to win enough seats to take control of the U.S. House of Representatives.  Control of the U.S. Senate hinges on three very close races.  Results in Pennsylvania, Nevada, and Georgia will determine control of the upper chamber.   Polling indicates races too close to call, but pollsters have been wrong.  Some believe the state of the economy (record inflation, supply chain issues) will result in a Red Wave with Republicans taking control of both chambers, rendering President Biden’s next two years politically impotent.

In the Sooner state, record amounts of money have been spent on the governor’s race.  Dark money groups have spent millions attacking Governor Stitt.  The lack of transparency and disclosure of who funds the obnoxious, outrageous ads should concern everyone, matter their Party affiliation.  The anonymity allows rich donors to remain undisclosed to the public, while spending millions to influence and buy an election.

Federal courts have ruled Americans have a right to use their money to fund campaigns pushing their values and views.  They rule it is a freedom of speech issue. But the public should demand to know who is funding the campaigns.  Until the laws are changed requiring exposure, the public should pay no attention to any dark money ad campaign.  If dark money lurid, dramatic ads were ignored and became ineffective, donors would stop funding them. Three observations about the midterms:

First, the best candidate doesn’t always win.  The vast majority of voters are woefully ignorant of issues and candidate’s qualifications and experience, and often base their vote on which candidate has the best marketing plan.  Politics doesn’t require truth in labeling, so lying is an accepted and encouraged practice.  Candidates who do not slander, misrepresent or distort their opponent are considered weak and frail.  Candidates who win because they exaggerated their opponent’s weaknesses and inflated their superiority may win, but they don’t magically transform into gracious, civil, responsive elected officials.  The character and ethics with which they ran their campaign follow them into office.

Third, Tuesday’s elections are temporal.  That doesn’t mean they aren’t important, but the space/time continual is not going to be destroyed no matter the outcome.  Christian believers should recognize that God is in control and He sets up authorities as He sees fit.  Winners and losers on Tuesday should recognize that as well.  If more professing believers in elective office governed using the two great commandments as their guide (love God/love neighbor), perhaps God would show mercy on America.

Tuesday will not end the discussion of politics.  The 2024 president race will begin immediately after the polls close.  Aspirants in both Parties will begin to test the waters and put together their ‘exploratory committees.’  Americans will not catch a break.  The electioneering will continue!

Posted by Steve Fair is a Jelly Salesman. at 1:26 PM