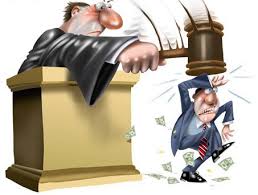 ANOTHER WRONG RULING!
by Steve Fair

Oklahoma Governor Mary Fallin signed HB #1970 into law in May of 2011.  The law required that abortion providers dispense abortion-inducing drugs only in way tested and approved by the FDA.  It would have prevented the ‘off label’ uses of abortion-inducing drugs.  At least seven women across the US have died because of ‘off label’ use.  The Oklahoma Supreme Court ruled in December 2012 that HB #1970 was unconstitutional because it violated the US Supreme Court’s ruling in Planned Parenthood vs. Casey.  Oklahoma Attorney General Scott Pruitt said the Oklahoma Supreme Court used a flawed interpretation of U.S. Supreme Court precedent.

Pruitt appealed the Oklahoma higher court ruling to the United States Supreme Court.  On Thursday, the high court said they may hear Pruitt’s appeal, but they wanted two questions answered by the Oklahoma Supreme Court.  They want to know if the HB # 1970 prohibited the use of misoprostol and methotrexate, two abortion inducing drugs.

State Representative Randy Grau and State Senator Greg Treat, both Republicans from Edmond. were the authors of House Bill 1970.  Upon hearing of the nation’s higher court’s ruling, Grau said, “This confirms my concern all along that the Oklahoma Supreme Court sidestepped the specific issues in this case and the purpose of the bill, which is to protect the health and safety of Oklahoma patients.”

Second, this ruling is another example of the Oklahoma Supreme Court legislating from the bench.  As AG Pruitt says, they are misapplying or misinterpreting precedents.  It’s hope the US Supreme Court agrees with Pruitt and hears the case.  This ruling comes on top of their misapplication of the ‘single subject’ rule in their tort reform ruling.  Eight of the nine justices on the state’s high court were appointed by Democrat governors with liberal leanings.  They are judicial activists pure and simple.

Third, we must fix our higher court system in Oklahoma.  It is time for term limits on justices.  We term limit our statewide elected officials.  We term limit our legislators.  It’s time for term limits on justices.
In 1978, Oklahoma went to a retention ballot for justices.  That means every four years, the justice is on the ballot to either ‘retain or to not retain.’  It’s harder to find out information on the judges listed on the Oklahoma retention ballot than it is to find Jimmy Hoffa’s body.  Consider this fact: Since Oklahoma went to a retention ballot; we have NEVER kicked out a judge.  That means either they are all doing a great job or we have been duped.

By law, Oklahoma judges cannot be listed on the ballot by political party.  They are forbidden by law to publicly state their political party affiliation. The truth is they don’t have to.  The Oklahoma Supreme Court’s recent ruling has clearly exposed their liberal leanings.  The fact is there is NO non-partisan race ever!  Political affiliation and labels mean something and help voters identify those running.  Those who attempt to portray themselves as ‘above politics,’ and ‘non partisan,’ are either naïve or deceitful.


Oklahoma should either go back to directly electing the Justices, term limiting them or both.  The system we have now is broken.