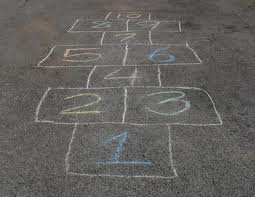 DON’T CROSS THAT LINE!
by Steve Fair
Back in December of 2010, protests, riots and civil wars occurred across the Arab world.  Rulers were forced from power in Tunisia, Egypt, Libya, and Yemen.  Protests against government erupted in Bahrain and Syria.  The western media called the unrest the ‘Arab Spring.’  The term is used to describe what some refer to as a major Arab movement towards democratization.

There are a number of reasons why the Arab world is rebelling against their various governments and the reasons vary from country to country.  Some are economical, others religious, but the fact is there is significant unrest in the region.  The most recent uprising has been in the nation of Syria.  Syria is about the size of Oklahoma with a population of 22 million- about 6 times the population of Oklahoma.  Syria is a former French colony and gained his independence from France in 1946.  It borders Israel, Turkey, Iraq and Jordan.  Syria has a ‘unitary republic’ style of government, similar to Great Britain.  In a ‘unitary’ style of government, the central government remains supreme and local government is weak.  But recent events have shown the central government is losing control.

Last week, chemical weapons were used in Damascus, Syria.  Chemical weapons are similar to the old ‘mustard/nerve gas’ weapons used in WWI.  They can cause extreme harm and death to humans.  Doctors without Borders, a humanitarian organization, said three hospitals in Damascus received 3,600 patients with ‘neurotoxin symptoms’ and 355 deaths were reported.   When the United Nations sent in a team to investigate whether chemical weapons had been used, snipers fired at their vehicle.  Bashar Assad, the Syrian President, accused rebels of firing at the team. He labeled allegations that the Syrian government had deployed chemical weapons against their own citizens as “preposterous” and “completely politicized.”

President Obama 'warned' Syrian a year ago that if they used chemical weapons to still the unrest in their country, they would cross a “red line,” and risk military action by the U.S.  It certainly appears the ‘red line’ has been crossed, but will President Obama deploy military action and why should Americans be concerned by the events in Syria?  Americans should be concerned for three reasons.

First, Syria is strategically located in the Middle East.  Violence in Syria could spill over into Iraq, where we have spent eight years fighting.  Syria also borders Israel, the strongest US ally in the region.  We need stability in Syria in order to keep peace in the region.

Second, America can ill afford another costly war.  With our struggling economy and out of control government spending, taxpayers can’t afford another war.   Another factor is that war with Syria would impact the supply of oil.  While Syria doesn’t export the amount of oil of Iraq, they are a significant producer and a war with Syria would increase the price at the pump.

Third, Obama’s foreign policy is fuzzy at best.  That is the reason the Syrian government boldly stepped across the ‘red line.’  They don’t expect President Obama to do anything militarily.  The inconsistency in the Obama administration’s foreign policy has sent the message there are no harmful consequences for actions.  This ‘all talk/no action’ attitude has made the Israelis very nervous.
It's time America had a President with the simple objective in foreign policy of President Reagan.  When the Gipper was asked his strategy on the Cold War, he said simply; “We win; they lose.”  The reason Reagan was successful was because foreign leaders and governments knew he meant what he said.  That was a deterrent to foreign leaders to not cross the line.  They knew the ‘red line’ was real, not some hop scotch chalk drawn line that could be erased and forgotten when the game is over.
Posted by Steve Fair is a Jelly Salesman. at 10:27 AM