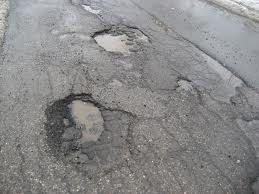 ROAD LESS TRAVELED!
By Steve Fair
There is little debate that Oklahoma roads and bridges are in need of repair.  After decades of neglect, the state legislature has done a good job at prioritizing the order of repair and providing the funding to complete the job.  The legislature gets most of the money to fix our roads and bridges through state fuel tax. Oklahomans pay only seventeen cents a gallon in fuel tax, 46th in the U.S.  In New York, drivers pay over fifty cents a gallon.  With gasoline and diesel prices at record levels, citizens are not willing to add to the price of the pump even to help pay for repairs to roads and bridges.  That coupled with the fact that more fuel efficient vehicles are generating billions less in revenue each year have presented a challenge to state governments.
Technology has compounded the problem of financing roadwork. Cars now get higher gas mileage, use less gas and pay less gas taxes. The new clean fuel-Compressed Natural Gas- (CNG) is taxed at a much lower rate than gasoline.  Electric cars and Hybrids  use little or no gas, but they don’t contribute their share to the cost of maintaining roads.
Some creative thinkers have come up with a new concept.  It’s called the VEHICLE MILES TRAVELED (VMT) tax.  It is a policy of taxing motorists based on how many miles they travel and replaces the fuel tax.  A VMT charge is implemented using GPS units on board a vehicle to record distance, assign it to the appropriate taxing jurisdiction, and calculate the amount owed.  VMT charges are based on vehicle class, when the vehicle is driven and the type road surface they drive on.  Holland and Denmark plan to implement the VMT.  Oregon is the only state that has said the VMT was viable.  They have asked for 5,000 drivers to volunteer to join the program. We'll see how many citizens want Uncle Sam tracking their travel.

Three observations:
First, while VMT may be a fair and equitable way to impose a fuel tax, it is too intrusive.  We don’t want government placing a GPS tracking devise on our vehicles.  VMT would also penalize rural residents in states like Oklahoma.  The long term affect would be larger metropolitan areas and fewer rural residents.  While VMT is a true ‘use’ tax, it is not the solution to Oklahoma’s road and bridge funding challenges.
Second, the reason most elected officials ignore roads and bridges is because building them is a long term project.  With term limits, oftentimes an elected official is out of office before a road project in their district is completed.  Politicians like projects that are completed quickly and will help get them re-elected.  Roads and bridges take too long to help with re-elections.
Third, a lack of road and bridge maintenance revenue is a very real issue.  Oklahoma takes in about $300 million annually in fuel tax to use on roads/bridges.  That amount has not changed for several years.  With increases in construction cost, revenue is not keeping up with the need.  The simple solution would be to have the residents of the state vote for an increase in the fuel tax, but that is easier said than done.  In September of 2005, Oklahomans rejected SQ #723 by an 87% margin.  It would have increased the fuel tax to twenty two cents a gallon on gasoline and diesel.  It was the biggest defeat of a State Question since 1952 when voters rejected a state sales tax increase.  Oklahomans believe they are already taxed enough and they don’t trust politicians who claim they will ‘earmark’ a tax for a specific purpose.  They have been burned too many times.
The reality is Oklahoma got behind on road/bridge maintenance during the nearly 100 year reign of terror when Democrats controlled state government.  During that period(1907-2004), the state’s infrastructure was neglected and ignored.  According to a recent report, 22.6% of the Oklahoma’s bridges are deficient- up from the previous year- and second worst in the country. The same reports ranked Oklahoma 38th in roads.
At some point, Oklahomans are going to have we have to face facts and figure out a way to address our crumbling infrastructure and that may include having to vote ourselves a tax increase. God forgive a conservative Republican for even mentioning raising taxes.
Posted by Steve Fair is a Jelly Salesman. at 9:49 AM