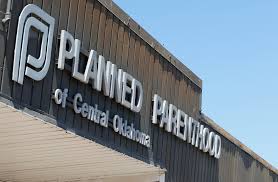 Human life begins at conception.  Even some pro-choice advocates agree with that.  Jodi Jacobson of Reproductive Health Reality Check says she believes life begins at conception but that a fertilized egg is not a person.  “The development of a potential human life requires conception as a first step. But that is not the same as either pregnancy or personhood,” Jacobson says.
Peter Singer, professor of Bioethics at Princeton, says, “The fallacy in the anti-abortion argument lies in the shift from the scientifically accurate claim that the foetus is a living individual of the species Homo sapiens to the ethical claim that the foetus therefore has the same right to life as any other human being. Membership of the species Homo sapiens is not enough to confer a right to life.” To the liberal the issue is not whether life exists in the womb, but whether that life is worthy of the right to live outside the womb?
The more fundamental issue in the abortion debate is ownership: who actually owns the unborn life in the womb?  Pro-choicers believe it is the woman carrying the child.  After all, it’s her body- she has a right to do with her body what she wants.  If she wants to terminate an unwanted pregnancy, it’s her choice.  Pro-lifers believe that only God, as the Creator, is the giver of life.  Through creation, He owns His creatures and can therefore do with His creation and creatures as He sees fit.  The abortion debate has been spawned from Darwinism.  If God didn’t create, then He doesn’t have any right to ownership.  Now to the Planned Parenthood controversy.
Planned Parenthood (PP) was started in the early twentieth century by Margaret Sanger to educate families on birth control.  Since 1970, Planned Parenthood has received federal funding to provide contraception and family planning information to Americans.  Through the years, the mission of the organization has changed.   Planned Parenthood is the largest provider of abortions in the U.S.   About one third of PP’s funding comes from a combination of federal, state and local tax dollars.  By law, the federal monies given to PP are not supposed to be used to provide abortions.  PP has 85 offices with 27,000 staff and volunteers across the U.S., including five offices/clinics in Oklahoma.   Recently PP has come under fire when a secretly recorded video was released showing a Dr. Deborah Nucatola, PP’s Senior Director of Medical Services, talking with actors posing as medical researcher about selling aborted fetus parts.
After the video was released, elected officials scrambled to lead the charge to defund Planned Parenthood.  U.S. Senator James Lankford, (R-OK), said in an emotional speech on the Senate floor:  “I would tell you that child has value. And that every single adult that can hear me right now was once 20 weeks old in the womb and we can look at each other and understand the difference between that child in the womb and any of us now is time. That's a human being we're talking about.”  Senator Lankford led the charge to defund Planned Parenthood in the Senate.  The measure failed to get the necessary 3/5 (60 votes) in the Senate, falling short 53-46.  Both Senators Lankford and Inhofe voted yea.  Senate Majority leader Mitch McConnell (R- KY) and Mark Kirk, (R-IL) voted with 44 Democrats to kill the bill.   Senator Inhofe says defunding isn’t enough- PP needs to be investigated.
One issue that has been overlooked in the PP controversy is the fact PP is a non-profit organization.  They enjoy tax exempt status as a 501-C-3.  While they get tax dollars, they don’t pay taxes.  Two years ago during testimony before the U.S. House Ways and Means Committee, a pro-life group from Iowa testified they were told by the IRS they would be required to sign a letter promising to not protest at PP facilities in order to get a 501-C-3 status.  No such restrictions are placed on PP.  They operate with impunity, no matter which political party is in power.  They promote their liberal agenda and their activism is celebrated.  If a church takes a political position, they run the risk of jeopardizing their non-profit status.
Inhofe is right- PP should be investigated.  It is very likely they are selling fetal tissue without consent.  Their liberal agenda should be exposed for what it is and their tax exempt status revoked.  Americans should be outraged their tax dollars are going to an organization intent on killing our next generation and selling their body parts.
Posted by Steve Fair is a Jelly Salesman. at 8:03 AM