YOUR FIVE DUTIES AS A CHRISTIAN CITIZEN! 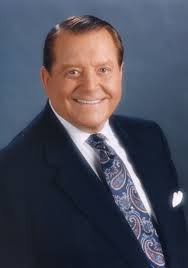 ADVICE FROM AN
OKLAHOMA FARMBOY!
by Steve Fair
Bill Bright was born on a farm outside Coweta, Oklahoma and graduated from Northeastern University in Tahlequah.  After college, Bright moved to California and started a candy company but soon was converted to Christ and started working with college students.  He ultimately founded Campus Crusade, now known as Cru.  The organization now has over 25,000 missionaries in over 200 countries.  The impact of Bill Bright, who died in 2003, for the cause of the gospel will not be known this side of heaven.
In 1976, Bill Bright wrote a little tract entitled, “Your five duties as a Christian Citizen.”  “Citizenship in a free country is a blessing from God.  Our great system of self-government assures every Christian a voice in the affairs of the nation.  God wants us to do His will in government, just as in the church and in the home,” Bright wrote in the introduction.  This little pamphlet is still applicable today.  Here are the five tenets of Bright’s admonition:
First, Christians should pray for their government and its leaders.  “Pray that God will send a great spiritual awakening to America,” Bright wrote.  I’m afraid many Christians pray for only the leaders they support or agree with, but scripture is clear- God sets up kings and brings them down.  He is in control and the best venue for lobbying is on our knees before a sovereign Creator.
Second, Christians should register to vote.  It is amazing how many professing believers are not registered to vote.  According to the U.S. Census Bureau, 218 million people are eligible to register to vote in America, but only 67 %( 146 million) bother to register.  Bright says, “Register as a qualified voter in order to practice your citizenship with accountability to God.”  He says registering to vote is a matter of stewardship.
Third, Christians should become informed in their government.  “Organize and lead or participate in a study group to inform yourself and others concerning the structure of government, current problems and issues, and how to serve God effective in the arena of politics at your own level of influence, “Bright writes.   It is sad when most Americans are so disengaged from their own government.  They don’t understand the structure or the issues.  In a recent Pew Research poll, 41% could not name the Vice President of the U.S.  Ignorance is not bliss.  Just because you don’t know something doesn’t mean it isn’t real.  Every American Christian should be educating themselves and taking equity in their government.
Fourth, Christians should help elect godly people.  “Help select and elect men and women of God to public office at the local, state and national levels, and support them faithfully throughout their term of office,” Bright wrote.  Bright says believers should be those who recruit candidates, not the local Chamber of Commerce, a political consultant or even a political Party.  Individual believers across America should be seeking out fellow citizens who are (1) qualified,(2) honest,(3) fear God and (4)hate covetousness(Exodus 18:21).  Once a person has been recruiting to run, Christians should work to help get them elected.  That means supporting them financially, physically and spiritually.
Fifth, Christians should vote.  “Vote consistently in every election, after informing yourself concerning the various candidates and issues and evaluating them on the basis of the Word of God,” Bright says.   About 25% of registered voters vote 100% of the time.  Another 25% vote 75% of the time and the remainder are infrequent voters.  Billions of dollars are spent by campaigns and political parties on get out to vote efforts.  One of the largest groups of infrequent voters in America is faithful evangelical Christians!  Church people!  They will complain about the moral decline in our country, but fail to be involved in the process to change it.  I have personally known fellow believers who talk politics constantly, but fail to cast a ballot.   They are as sounding brass and tinkling cymbal!
In 2016, an important national election will be held.  Lots of media attention is already trained on it, but between now and then, there will be municipal and school board elections.  Do you know who your local elected leaders are?  How interested are you in what happens in local elections?  Local elected officials have more impact on your daily life than the POTUS and Congress.  Remember, lasting change begins from the bottom up.  Isn’t it time you got engaged in your government?

Special thanks to William R. (Bill) Crocker, former Texas GOP National Committeeman for mailing me a copy of Your Five Duties as a Christian Citizen. The little tract is widely available on the internet and is still very applicable for today.

Posted by Steve Fair is a Jelly Salesman. at 5:13 PM