SENIORS ARE AN UNTAPPED RESOURCE IN OKLAHOMA! 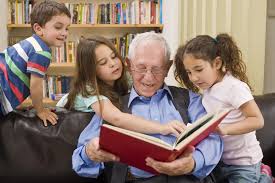 RETIRE IN OKLAHOMA
GO TO COLLEGE & TEACH!
by Steve Fair

America and Oklahoma has a teacher shortage.  It is really not surprising since the teaching profession is notorious for paying poor wages.  Last week, the Oklahoma State Board of Education issued 503 emergency certifications for teachers.  The applicants all have a Bachelor’s degree, but lack the teaching block traditional teachers have taken.  Recently the Oklahoma State School Board Association surveyed 75% of the state school districts and found that over 1,000 teaching jobs are still open across the state because school districts are unable to find qualified applicants.  75% of the schools surveyed said finding good applicants is more difficult this year than last.  They also found that 2/3 of the districts have asked for emergency teaching certifications to fill vacancies.  Half of the districts said they would have to increase class size because of the shortage.  Shawn Hime, the executive director of the school board association, believes the solution to the shortage is more money for education.  Hime said,  “Saying we don’t have the money for teacher pay raises is no longer an acceptable excuse. Schools are doing the best they can under the circumstances, but we have to ask ourselves: Are we really OK with 5- and 6-year-olds who will go without a teacher trained to develop young readers? Are we really OK with eliminating high-level science classes because we refuse to pay teachers a competitive wage?”  So is money the answer?  Well it hasn’t been.
Oklahoma has over 400,000 illiterate citizens- products of the public school system- walking among us.  The legislature allocates Oklahoma education $8,804 per student.  That number doesn’t include a number of other funding sources common education has (local property tax, Land Office) which bumps the total funding per student to $12,481.   A survey by Oklahoma Council of Public Affairs showed that private schools in the state are educating their students at a rate between $4,500-$6,900 annually.  Quite a difference!  If the private sector can educate a child for half the money of public education, where is all the money going?  It’s going to buildings and administrators (principals, superintendents).   Over half the money allocated for education in Oklahoma goes to non-classroom related activity.  No doubt classroom teachers need a raise, but every time they get a raise, their bosses get a bigger raise.  It is the same old broken record with the education establishment; give us more money and we will do a better job educating our kids.  It is true that more and better CLASSROOM teachers IS the answer, but here are a couple of other ideas of how to fix the teacher shortage:
First, we should be tapping unused resources like our retirees.  We have many degreed retirees in Oklahoma who just might be interested in teaching part time in their local school district.  Currently Oklahoma colleges and universities allow citizens 65 or over to ‘audit’ college classes for free, but no college credit is granted.  The legislature should consider granting free college tuition, not just for auditing, but for credit toward a teaching certificate for Oklahoma seniors.  This is not a new concept. In Missouri and Arkansas tuition is free and credit toward a degree is given.  In New Mexico, seniors pay a measly $5 per credit hour.   In Louisiana, citizens 55 or over get free tuition and half off their books at state colleges.  Alabama offers free tuition for junior college. According to U.S. News and World Report: “Approximately 60 percent of accredited degree-granting educational institutions in America offer tuition waivers for older adults. But surprisingly, fewer than 50 students at each school that runs such a program utilized it in 2006. The University of North Carolina at Chapel Hill, for example, currently has 21 seniors enrolled in its tuition waiver program, and 30 participated in the University of Virginia's program over the past two semesters.”  But if Oklahoma school districts recruited seniors in their area and encouraged them to go back and get certification, participation would likely be higher. 41 states have some college tuition program for seniors.  Go to http://www.aseniorcitizenguideforcollege.com/p/find-your-state-tuition-waivers.html for more information.
Second, Oklahoma education leaders need to start thinking outside the box.  Online education is exploding across the globe, yet few secondary schools offer it.  It is time for the education lobby to stop playing the same old broken record asking for more money.  Last year was a down budget year for Oklahoma government and every state agency took a cut, BUT common education.  Funding was increased by $105 million.  Oklahoma Senate President Pro Tempore Brian Bingman, (R-Sapulpa), “Education got the single largest funding increase for any sector of state government, while other agencies had their budgets reduced. This year, education was held harmless, despite a budget shortfall in excess of $600 million. The four years prior to the shortfall saw steady increases in funding for schools.”
Posted by Steve Fair is a Jelly Salesman. at 4:55 PM