It's a Clarence Thomas/Anita Hill sequel! 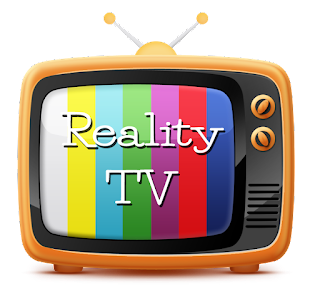 Brett Kavanaugh is President Trump’s nominee for the Supreme Court.  He is currently a judge on the DC Court of Appeals.  During his confirmation hearings, the Democrats have tried delaying the proceedings, interrupting Kavanuagh when he was trying to answer questions, and shouting down Senator Grassley’s rulings, but nothing compares to the latest tactic.
With the Judiciary Committee ready to vote on his confirmation, a college professor named Christine Ford, sent a letter to Senator Diane Feinstein, (D-CA), accusing Kavanaugh of sexual assault thirty years ago when he and she were in high school.  Initially, Ford’s letter was released anonymously, but after the creditability of that was questioned, Ford publically came forward saying, “civic responsibility is outweighing my anguish and terror about retaliation.”  An eyewitness to the supposed incident in question says it never happened, but Democrats are demanding that Kavanaugh answer her allegations.     Ford has said she will testify before the committee if called.
This has little or nothing to do with sexual assault.  This is clearly an attempt by Democrats to derail Kavanaugh’s confirmation from coming before the full Senate until after mid-terms.  This shameful display of grandstanding should be condemned by both sides of the aisle, but sadly, some so-called Republicans are more than willing to help the D’s, so long as it hurts President Trump.  GOP Senators Bob Corker, (R-TN) and Jeff Flake, (R-AZ), who are both not seeking re-election and both hate Trump, have said the vote should be delayed until Ford and Kavaugh both testify under oath before the Judiciary Committee.  Senator Susan Collins, (R-ME) tweeted agreement and Senator Lisa Murkowski, (R-AL) said the committee should delay the vote until both testify.  With the GOP margin razor thin in the Senate, it is likely Grassley will be forced to let the Ds have their grandstand moment.  Much like the Clarence Thomas/ Anita Hill show 27 years ago, expect “R” rated testimony to be placed into the Congressional record this week.  Set your DVRs, so you don’t miss one salacious detail.
Republicans need to recognize Democrats don’t play the game the way they do.  Both sides can and are partisan, but Democrats don’t accept the minority status in Congress like the GOP.  For example, the confirmation hearings for President Obama’s SCOTUS nominees- Kagan and Sotomayor- were much less dramatic and more civil than George W. Bush’s nominees- Roberts and Alito, because the Rs knew they didn’t have the votes.  Not so with Democrats- they fight to the bitter end. With a 24 hour news cycle, Congressional committee hearings have become reality TV at its worst.
Supreme Court Justice Ruth Bader Ginsburg said the judiciary hearings have devolved into a ‘highly partisan show.”  “The way I was confirmed was right- this way is wrong,” the former liberal ACLU lawyer who was confirmed in 1993 by a bi-partisan vote of 97-3 said to applause at George Washington University of Law.
The Democrat strategy of bringing up unsubstantiated allegations from thirty years ago may backfire.  The American public is not stupid and they recognize grandstanding when they see it.
Posted by Steve Fair is a Jelly Salesman. at 1:27 PM