One Third of American Voters are Ignorant About Politics! 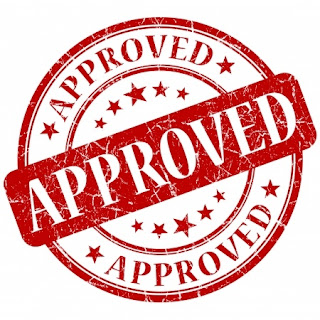 ENDORSEMENTS ARE OVERRATED!
by Steve Fair
In the June 26th primary 452,000 Rs and 395,000 Ds voted.  Last Tuesday, 302,000 Republicans and 132,000 Democrats voted in the runoff.  Republicans had seven statewide races on the ballot, Democrats just one, so obviously there was more interest in showing up.  Primaries are somewhat new for the OKGOP.  For years, just finding a candidate to run for office- at any level- was a challenge and Republican primaries were rare and primary runoffs were unheard of.
In Tuesday’s statewide runoff two and a half times more Republicans voted than Democrats, something that would have been thought impossible just twenty years ago.  But primaries create new challenges.  Will the losers in the GOP runoff races encourage their supporters to get behind the Party nominee?  There were some extremely negative campaign ads and mailers this cycle.  That often results in hard feelings, particularly if the ads were personal.  When a candidate pours their time, treasure and talent into a race for months only to lose by a slim margin, it often takes a while to let bygones be bygones and endorse their opponent.
The truth is, endorsements are very overrated.  That doesn’t mean they are meaningless, but a successful candidate shouldn’t rely on endorsements to get them across the finish line.  President Trump is a classic example.  He had few ‘insider’ endorsements from members of Congress for the GOP presidential nomination, but won in spite of that.  Winning candidates engage voters where they are and motivate them to vote on Election Day.
Organization endorsements do carry more weight than personal endorsements.  GOP candidate clamber to get the NRA endorsement or the Americans for Life nod, because those groups send faithful voters their picks in a race.  But be careful.  Just because someone says they have been endorsed by those groups or an elected official doesn’t always mean it is true.  Endorsements have a shelf life and candidates have been known to use an endorsement in multiple elections when it was only for one.  Just because a candidate was endorsed by the NRA in one election doesn’t mean they are backing them in their current race.
There are just 65 days until the general election.  Oklahoma is a conservative state, so expect candidates in both Parties to taunt their conservative credentials and how they are the only hope Oklahoma has to survive.  Voters need to understand there are distinct differences between the Republican and Democrat Party platforms and thoroughly vet the candidates.
According to a study by George Mason University, only one third of American adults can name the three branches of government, and nearly half of Americans think cap and trade has to do with healthcare or financial regulation instead of the environment.  It does not matter much if any one voter is ignorant, but it does matter if a substantial percentage of the entire electorate is that way.

Posted by Steve Fair is a Jelly Salesman. at 7:26 PM