IT'S NOT JUST ELECTIONS THE DEMOCRATS CHEAT AT- IT STARTS WITH THE CENSUS! 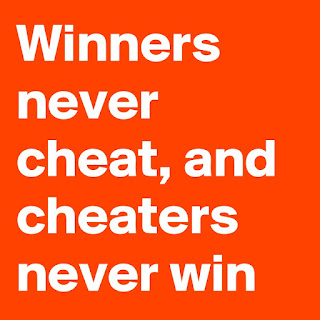 Article 1- Section 2 of the U.S. Constitution requires a census be conducted every ten years for the purpose of determining representation in Congress (House).  The founders of America broke from historic tradition as to the purpose of conducting a count of citizens.  In the past, when government counted their citizens, it was to tax or confiscate property.  The census in the United States ‘empowered’ the citizens.  It is conducted by the US Census Bureau (USCB), part of the U.S. Department of Commerce.  The Director of the Census Bureau is appointed by the president.  There are four regions and seven divisions of the Bureau.  Oklahoma is in Region 3, Division 7.

In April, a group of U.S. House Republicans led by Rep. James Comer (R-KY), sent a letter to Commerce Secretary Gina Ralmondo raising questions about political interference in the final census numbers.  They argued there were inconsistencies in the number of seats Republicans were expected to gain.

“We write today with concerns about the apportionment count released by the Census Bureau, and whether the process which derived the count was fair, accurate, and independent from any White House interference,” the letter said.  “Given the extra time it took to complete the 2020 Census – including not meeting the statutory deadlines by months – we have questions about the methodology and the role the Biden White House may have played in releasing these numbers, especially as the results differ from evaluation estimates released mere months ago in ways that benefit blue states over red states.”  The group alleges  illegal immigrants were counted in liberal states to help Democrats maintain control of the U.S. House.  Three observations

First, the census in the United States is an important tool of self-government.  No other modern country uses their count like America.  In Canada, the census used to plan services like schools, housing, police and fire protection.  The data gathered in the US Census is used for that, but the primary purpose is to determine representation in government.  The census should be conducted with the utmost integrity accuracy.  It should be devoid of political shenanigans.

Third, the dishonesty in the political process starts before the ballot box.  Much has been made of the 2020 election being stolen, but to get voters who are not eligible to vote, it’s important to count them first- and that starts with the Census. Republicans are right to question the Census Bureau on their inconsistent methods of data collection.

The old adage goes, “Cheaters never win and winners never cheat.” Gaining a reputation of a cheater used be quite damning in politics and was hard to overcome.  In today’s political environment, it seems the more you lie, cheat and steal, the more you are admired.  But politics is a temporal game and in the eternal realm, cheating matters- principles matter.  Our nation’s history is full of people who cheated and won elections, but they weren’t winners.  America will never be great again until it becomes a nation of people of integrity, not just political winners.

Posted by Steve Fair is a Jelly Salesman. at 8:21 AM