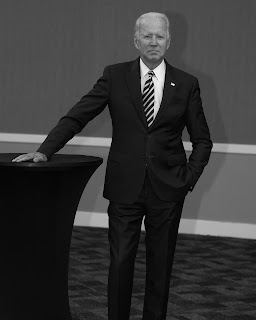 On Wednesday, President Joe Biden conceded the inflation Americans are experiencing is the result of the $1.9 trillion COVID-19 stimulus spending legislation.   According to Biden, the reason consumer demand exceeds supply is stimulus funds have given people more money to spend. “It (stimulus money) changes people’s lives. But what happens if there’s nothing to buy and you got more money to compete for getting [goods]? It creates a real problem,” Biden said.  The problem is that Americans are facing the highest rate of inflation since 1990, the supply chain is broken, and prices are rising faster.  Three observations:

First, Americans are frustrated about the economy.  Even the POTUS admits it.  “People are feeling it- they are feeling it.  Did you ever think you would be paying this much for a gallon of gas?  In some parts of California, they’re paying $4.50 a gallon.  That’s why it’s so important we do everything in our power to stabilize the supply chain,” Biden said.  Gasoline is at a seven year high due to higher demand and a constrained supply.  The supply issue can be laid at President Biden’s feet since he has hamstrung the U.S. oil and gas industry, while asking OPEC and Russia to provide more of America’s oil.  Two weeks ago, Biden admitted he didn’t have an answer on how to reduce gasoline prices and that he expected the prices to remain high into 2022.

Second, that frustration could impact mid-term elections in 2022.  It impacted how voters cast their ballots in recent elections in Virginia and New Jersey.  According to recent ABC/Washington Post poll, Republicans have a ten-point lead over Democrats- 51% to 41% in a generic poll.  Of those polled, 62% believed Democrats had done a poor job handling the economy.  Republicans didn’t fare much better.  Over 50% said Republicans haven’t done a good job on the economy.  President Biden’s approval rating has dropped to 39%- down 6% in two months.  It is still a year out from mid-term elections, but at this point, it doesn’t look like a good election cycle for the Democrats and it could be a challenging year for incumbents of all Party affiliations.

Third, it’s rare when a politician admits their policies are hurting their constituents.  It is even more astonishing when they brag and gloat about the negative results those policies created.  Biden’s candor in acknowledging his role in American’s economic woes is surprising.  Food prices have risen to the highest levels in twelve years, gasoline is up 40% over last year and consumer confidence is at a ten-year low and he admits his spending bills have created those hardships.

Thomas Dewar, the famous Scotch whiskey distiller, once said: “An honest confession is good for the soul, but bad for the reputation.”  Warren Buffet says it takes twenty years to build a reputation and five minutes to ruin it.  It took President Biden longer than five minutes but less than a year.   If inflation and hard times continue, the fruit of Biden’s policies will be a GOP controlled Congress after the 2022 mid-terms.

Posted by Steve Fair is a Jelly Salesman. at 7:56 PM