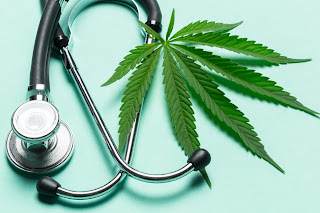 In June 2016, Oklahoma voters approved State Question #788 by a 57%-43% margin.    It legalized the licensing, cultivation, use and possession of marijuana for medicinal purposes.   Since the passage, the legislature has been dealing with the far-reaching effects of legal pot in the Sooner state.  They set up the Oklahoma Medical Marijuana Authority (OMMA), a division of the Department of Health.  The OMMA oversees patient and business licensing for Oklahoma’s medical marijuana program.  As of August 1st, there are over 10,000 business licenses in the state- 8,300 are grow licenses and 2,300 dispensaries.  Oklahoma has issued far more grow licenses than any state in the country.  According to Mark Woodward some of the growers are associated with organized crime from other countries and they are supplying pot to the east coast.  Woodward said those growers will struggle to get their license renewed because they will not be able to reach the 75% resident ownership threshold.

According to the OMMA, legal pot has generated over 125 million dollars in tax revenue the first ten months of 2021.  Governor Stitt just named Adria Berry the new director of the OMMA.  She is the fourth director in three years.  OMMA has been criticized for not yet implementing a tracking system for marijuana plants.  The agency is seriously unstaffed and plans to add 60 more personnel in the next few months.

Because of the growth of the marijuana industry in Oklahoma, the legislature recently conducted interim studies on the effect of medical marijuana in the state.  One such study addressed concerns of Oklahoma farmers on how the two industries could co-exist.  Marijuana growers are concerned about pesticide drift liability from conventional farms.  Conventional farmers are concerned with the impact the pot growers are having on water supply and rural utilities.   Three observations:

First, pot growers have seriously stretched rural infrastructure.  Water is a major concern.  During a study this week, Brandon Bowman, programs director with the Oklahoma Rural Water Association, described communities in the state where residents are left without water because of the strain caused by new grow facilities. He said some operators even fail to put in proper sanitation systems, so their fields are running with open sewage. Bowman said if this was not addressed, the state's supply of drinking water will be challenged.  Rural electric providers described the struggles they have faced from providing industrial service to growers.

Second, the growers have impacted county government.  County assessors, who are charged to assess the property in the county, describe how their personnel are often threatened or denied legal access to grower’s property.  County sheriffs say they don’t have the money to provide adequate coverage for their county, which results in higher crime.

It has been three years since Oklahoma voters approved SQ#788.  The growth of pot growth and sales in the state has been meteoric.  The industry flourishes because it operates practically unregulated due to lack of oversight.  County government could help with that, but they have to share part of the pot.  Sales tax pot that is.

Posted by Steve Fair is a Jelly Salesman. at 7:58 PM