OKLAHOMA TAXPAYERS SHOULD DEMAND ACCOUNTABILITY OF THEIR TAX DOLLARS! 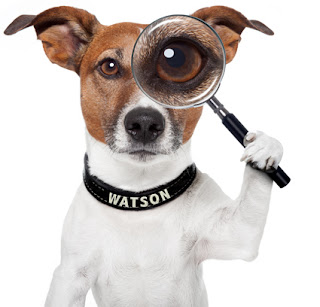 The Oklahoma State Auditor and Inspector (SAI) is a constitutionally created office within the executive branch of Oklahoma government.  The duties of the office include examining the books, accounts, and cash on hand, of the State Treasurer and all 77 county treasurers.  They are also charged with conducting annual audits of the operations of each Emergency Medical Services district and each county solid waste management operation(landfills).  The SAI audits all of Oklahoma’s 77 county governments and does performance audits and special investigative audits, as requested by the governor or by joint request of the leaders of the Oklahoma legislature.  Citizens can also petition the SAI to audit by gathering signatures of 10% of the registered voters.  The SAI is the taxpayer’s watchdog ensuring tax dollars are not being stolen or misused.

The SAI also serves on the state Land Office Commission and as a member of the State Board of Equalization.  Since statehood, there have been 13 State Auditors- 10 Democrats and 3 Republicans.  Cindy Byrd, a Republican, is the current State Auditor.

In the summer of 2019, Governor Kevin Stitt requested the SAI conduct an audit of Epic Charter Schools and all related entities.  Epic’s three divisions constitute the largest school district in Oklahoma with approximately 60,000 students.  Epic’s stated mission is to “Fulfill every student’s individual potential by personalizing an education plan that focuses on school and family partnership to achieve optimal student performance.”  They are a free PreK-12 public school for parents/students who are seeking a non-traditional education setting utilizing internet-based, individualized self-paced instruction.  They also operate two on-site facilities- in OKC and Tulsa.

Epic received $458 million in state and federal tax dollars over a six year period.  Epic contracted with a for profit private company- also named Epic- to provide administrative services.  The private company Epic received $45.9 for management services (10%) and $79.3 for student learning fees for a total of $125.2 million dollars.  According to Cindy Byrd, the SAI, the audit revealed several areas of concern.  First, Oklahoma state law caps the amount a large school district can spend on administration at 5% and Epic exceeded that cap.  Second, Epic, the private company, used public school officials to do their administrative work, which if proven is embezzlement of taxpayer dollars.  There were other findings that should trouble taxpayers.  The audit findings report is available online at the SAI’s website.  Three observations:

First, any misuse of tax dollars is wrong.  Epic audit critics claim Byrd opposes school choice.  She has categorically denied that, but it doesn’t matter if she did oppose school choice.  Misuse of tax dollars is wrong, no matter who is doing it!  Honest people should be careful providing cover for those who bend the law.  That is the basis for situational ethics.  The end doesn’t justify the means.

Second, the SAI should have the authority to audit anything that isn’t tied down.  Most Oklahomans don’t realize the SAI can’t audit unless requested to do so.  The state auditor should be unleashed.  The legislature should appropriate money to the SAI so audits can be conducted on every entity that gets a penny of Oklahoma tax payer dollars.  The Epic audit findings are likely the tip of the iceberg on the misuse of tax dollars in the Sooner state.

Third, Stitt has ordered an audit of Oklahoma secondary public education.  Byrd is charged with two objectives, (1) identifying the sources of revenue public education receives and (2) determining the percentage the larger districts are spending on administration.  The audit will likely not be completed until mid-2022.  It is long overdue.  Next up should be higher ed.

Any organization or entity that gets a penny of tax dollars shouldn’t fear an audit.  They should welcome the scrutiny.  An audit is just an evaluation or examination to check for accuracy.  Oklahoma taxpayers should demand their watchdog is unleashed- after all it’s their money!

Posted by Steve Fair is a Jelly Salesman. at 6:52 AM