EVEN CONSERVATIVE OKLAHOMA IS NOT EXEMPTED FROM DEGENERACY! 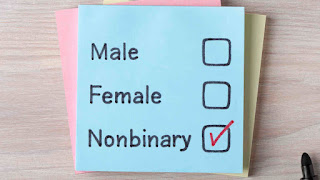 On October 7th, the Oklahoma Department of Health issued a non-binary gender birth certificate to an Oregon resident, Kit Vivien Loreleid.   Lorelied, who was born in Oklahoma, sued the state to have the original birth certificate modified and the action was part of the settlement of the lawsuit.  Health department officials said former Attorney General Mike Hunter advised them to resolve the suit by accommodating the request.

Non-binary is an umbrella term for gender identities that are neither male or female.  Those who call themselves non-binary believe it is a third gender.  Fourteen other states provide a non-binary designation on reissued birth certificates.

There was an immediate uproar from elected officials with Oklahoma Governor Kevin Stitt calling the action by the state Department of Health the work of ‘rogue activists.’  “I wholeheartedly condemn the purported OSDH court settlement that was entered into by rogue activists who acted without receiving proper approval or oversight.  I believe people are created by God to be male or female- period,” Stitt said.  On Friday, the state Health Commissioner, Dr. Lance Frye resigned, even though he did not reference the birth certificate issue as the reason for stepping down.  There is speculation that Stitt had asked for Frye’s resignation because of the action.  Three observations:

First, state health department bureaucrats did not have the authority to add a third gender designation.  If such a change was going to be made, it should have been done by the state legislature.  The legislature should conduct a thorough investigation of the health department to determine who authorized the settlement and hold them accountable.  Usurping authority by bureaucrats should not be tolerated.

Second, there are only two genders.  God said that in Genesis and no matter what a man or woman believes, there are only male and female genders.  The governor is right- you are either XX or XY.  That is science- that is reality.  In the interest of tolerance, our culture has become illogical.   Those who identify non-binary believe gender identity is one’s own internal experience and perception of self.  It doesn’t take into account what their Creator (God) thinks.

Third, rejecting birth biology is an assault on God and His sovereignty.  John MacArthur calls rejecting one’s original gender a kind of personal suicide.  “It is cutting oneself off from the way God designed you,” MacArthur says. Those who identify as non-binary should understand God made them and made them exactly as he wanted them to be.

There is a wide chasm between the biblical view of sexuality and the secular view.  Social media and many celebrities celebrate gender fluidity.  Advocates want males who identity as females to compete in women sports and use girl’s restrooms.  Parents are increasingly allowing their underage children to chemically and surgically alter their bodies and some states permit minors to do it without parental consent. Those who disagree are said to be unenlightened and narrow minded.

Oklahoma is considered to be a very conservative state.  The citizens in the Sooner state vote overwhelmingly Republican.  Republicans hold all statewide elected offices and super majorities in the legislature.  The federal delegation is all Republican. But last November, the first openly non-binary state legislator in America was elected in the Sooner state and last week a non-binary birth certificate was issued.   Clearly no place is exempted from degeneracy.

Posted by Steve Fair is a Jelly Salesman. at 8:09 PM

"There is a wide chasm between the biblical view of sexuality and the secular view."

The biblical view does not belong in law.